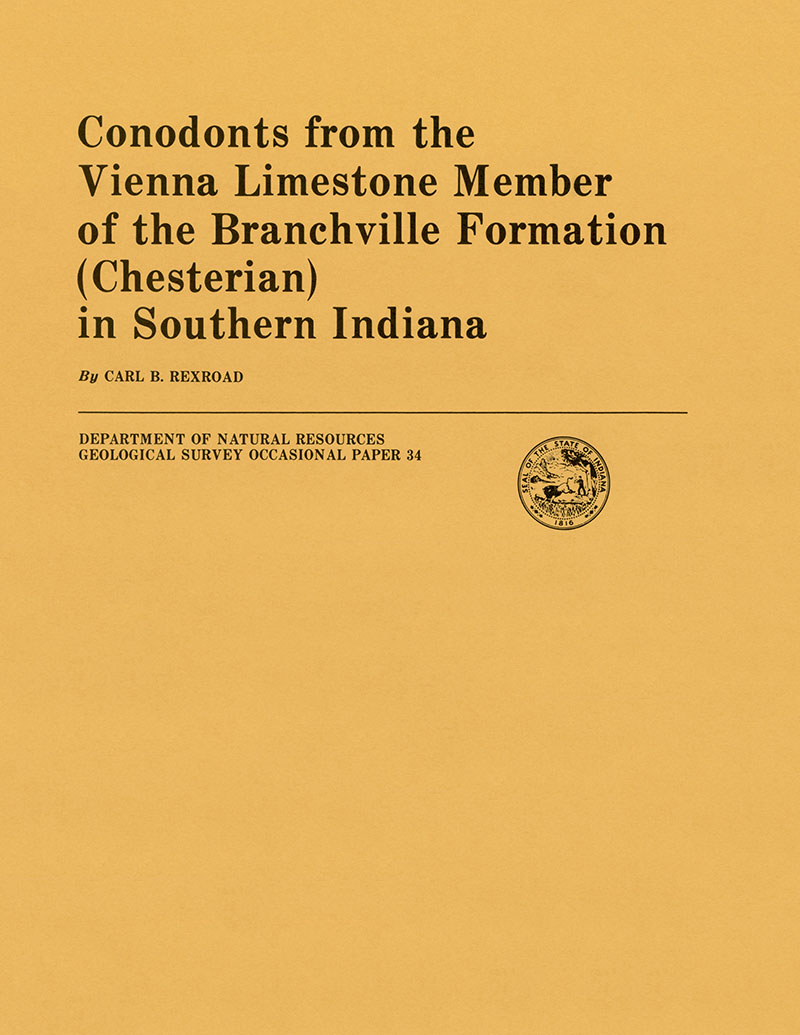 Almost no conodonts have been described from the Vienna Limestone (Member) (Chesterian) in the Illinois Basin, although it is a key unit in recognized the base of the Branchville Formation in Indiana and the Buffalo Wallow Formation in Kentucky. The primary purpose of this paper then is to document the Vienna conodont fauna. Eleven sections in southern Indiana and three supplemental localities were chosen for study. Discrete-element taxonomy of Chesterian conodonts in the Illinois Basin had become relatively stable but is now mostly out of date, and so the collection is also being used to update the multielement taxonomy and to assist in evaluating quantitative statistical approaches to multielement taxonomy. The fauna is near normal in abundance of specimens, but diversity is low. Cavusgnathus dominates the fauna and with its ecologic associate Kladognathus makes up 95 percent of the fuana. Ambdagnathus is rare but fairly widely distributed. Hindeodus cristula and Synprioniodus was found only in bulk samples. The limited fauna is probably euryhaline and tolerated a wide range of energy levels, factors that excluded many of the usual Chesterian conodont animals.