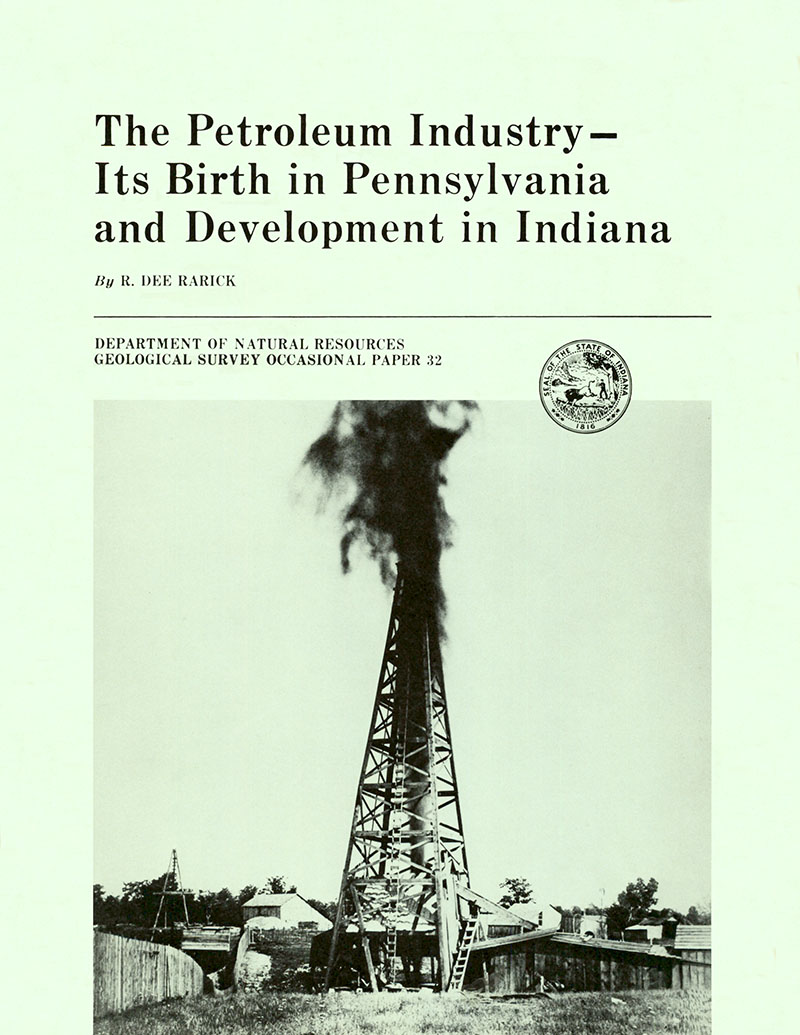 Inventions that greatly benefit mankind are generally not discovered and new industries do not spring up until there is a real need for them. The petroleum industry, which had its beginning in the middle of the 19th century, was no exception. Ancient peoples over much of the world were aware of oil seeps, and some of the more resourceful used the tarry residue from around these seeps for such purposes as waterproofing, boat and ship caulking, torch making, wagon-wheel grease, and medicine, and even rarely for fuel. Although the great Trenton Field of east-central Indiana and northwestern Ohio was discovered nearly 25 years after the birth of the nation's petroleum industry in 1859 at Titusville, Pa., the Trenton Field (also called the Lima-Indiana Field) (fig. 7) was a major element in the development of that industry. But the Trenton Field would have never been found and developed at that time if the industrial climate and technology of the day had not been advanced enough to make the time right for its coming. The events leading to the discovery of the Trenton Field--the actual birth of the petroleum industry--is a story in itself. Our industrialized world, as we know it, would not exist without petroleum and the infinite variety of byproducts derived from it. The depth of our dependence on the petroleum industry has been made dramatically clear since the Arab embargo in late 1973. Yet scarcely a hundred years ago the role of petroleum in our society seemed rather tenuous indeed. Tracing the phenomenal growth of the petroleum industry from its beginning to its high industrialization of today is like taking a fascinating journey back into history.