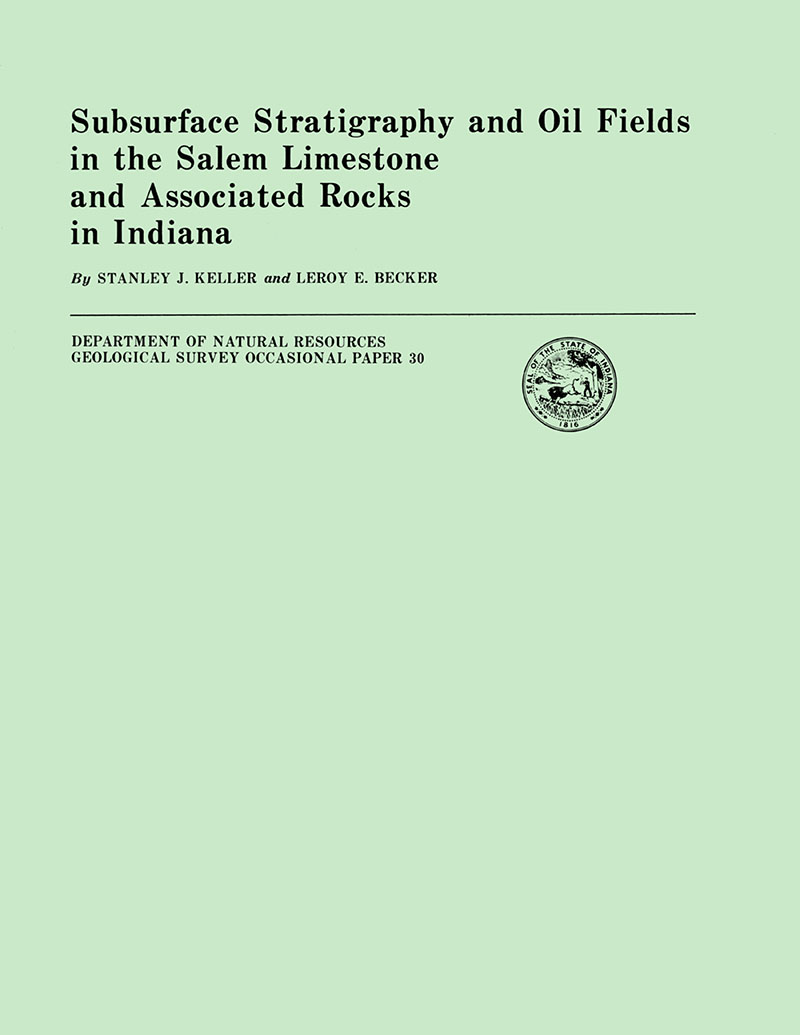 An area of 11 counties in southwestern Indiana was studied because (1) the subsurface geology of the Salem Limestone and associated rocks in the area contained numerous correlation discrepancies; (2) it was the locus of recent oil exploration and oil discoveries in these rocks; (3) the last subsurface study of this rock section was made in 1957; and (4) since that time, subsurface data from newly drilled petroleum-test wells have increased a hundredfold. Because of their abundance, geophysical logs were used extensively for correlation. Drill cuttings, where available, were also used in studying the rock units. The upper boundary of the Salem was based on geophysical-log correlations as supported by available drill cuttings. The lower boundary of the Salem was based on drill cuttings. Commercial oil is produced from porous calcarenite zones in the St. Louis and Salem Limestone and from coarsely crystalline limestone in the Harrodsburg Limestone. The lower part of the St. Louis Limestone yields oil from a porous carbonate rock that resembles Salem calcarenite and that we have formally named the Sisson Member in the St. Louis. A correlatable datum within the St. Louis that can be readily recognized on geophysical logs has been designated as the X marker. The Salem calcarenite facies ranges in thickness from a low of 10 percent of the total Salem in the southern part of the study area to a high of 80 percent in the northern part. Oil is produced from porous zones in the calcarenite. These porous zones become progressively thinner southward toward the Ohio River. In the upper part of the Harrodsburg Limestone, some oil is produced from a light-colored coarsely crystalline limestone that is fossiliferous in places. Oil production from the St. Louis, Salem, and Harrodsburg Limestones in Indiana amounted to 8,880,078 barrels as of December 31, 1978. Production in 1977 was 1,534,320 barrels and production in 1978 was 1,157,450 barrels. About 80 percent of the 1977 and 1978 production came from the Union-Bowman Consolidated and Sisson Fields in Gibson, Knox, and Pike Counties and the Owensville North Consolidated and Mt. Carmel Consolidated Fields in Gibson County.

Petroleum exploration, development, and production in Indiana during 1991

Petroleum exploration, development, and production in Indiana during 1994

Petroleum exploration, development, and production in Indiana during 1995

Petroleum exploration, development, and production in Indiana during 1998

Petroleum exploration, development, and production in Indiana during 2001