The Flatwoods region of Owen and Monroe Counties, Indiana (1979) 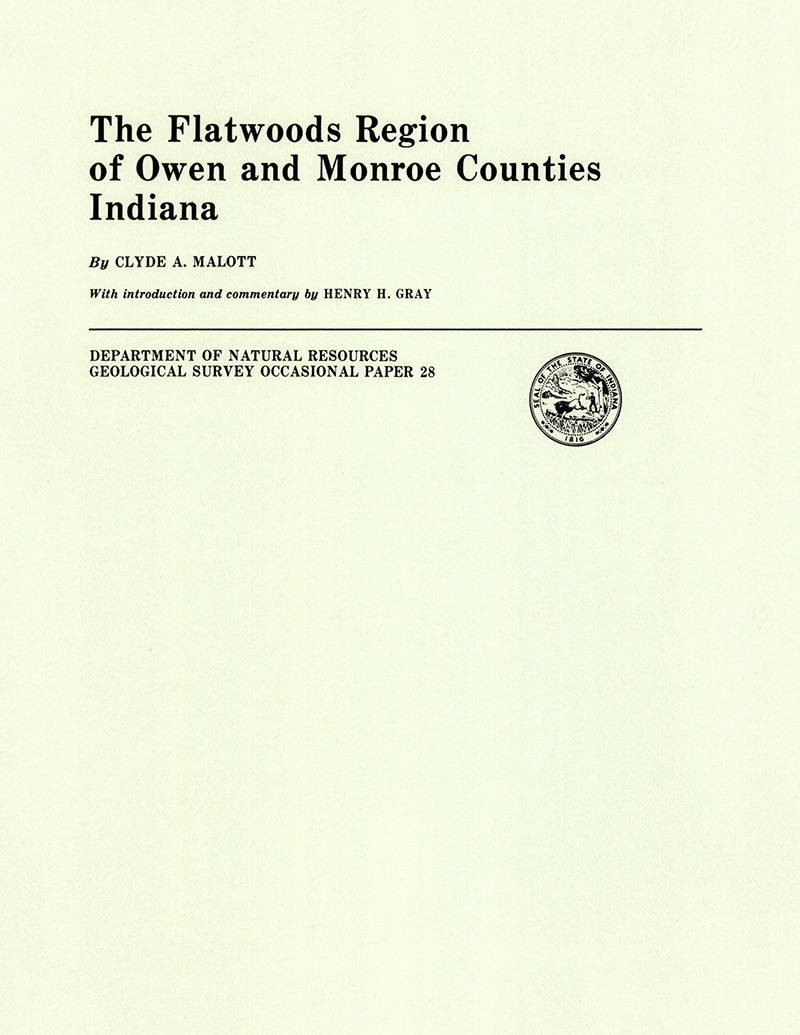 The scientific paper that is reprinted here is the first published research of a man who became a leading authority on the geomorphology and stratigraphy of southern Indiana. During his 35-year career at Indiana University, first as a student and later as a faculty member, he found the time, interest, and wherewithal, in those days of unsubsidized research, to investigate a wide variety of geologic problems. He was unusually painstaking and thorough; in addition, he had great field sense and an ability to assimilate and analyze masses of data. Many of his papers have become classics, despite his sometimes homespun vocabulary and decided lack of drafting ability. Malott here unlocks one of the many problems of drainage rearrangement that are common in areas that were marginal to the glaciers. The paper is reprinted in its entirety with little change. Obvious typographic errors have been corrected, references have been placed in a modern format, corrections have been made to quoted material, some recent findings and interpretations have been added in footnotes, and, for further illustration and documentation, parts of two modern topographic quadrangle maps have been reproduced. The Indiana Geological Survey intends to select and reprint in similar format a limited series of classic papers on Indiana geology that have long been out of print. This is the first of that series.

Time required for the erosion of Clifty and Butler Ravines