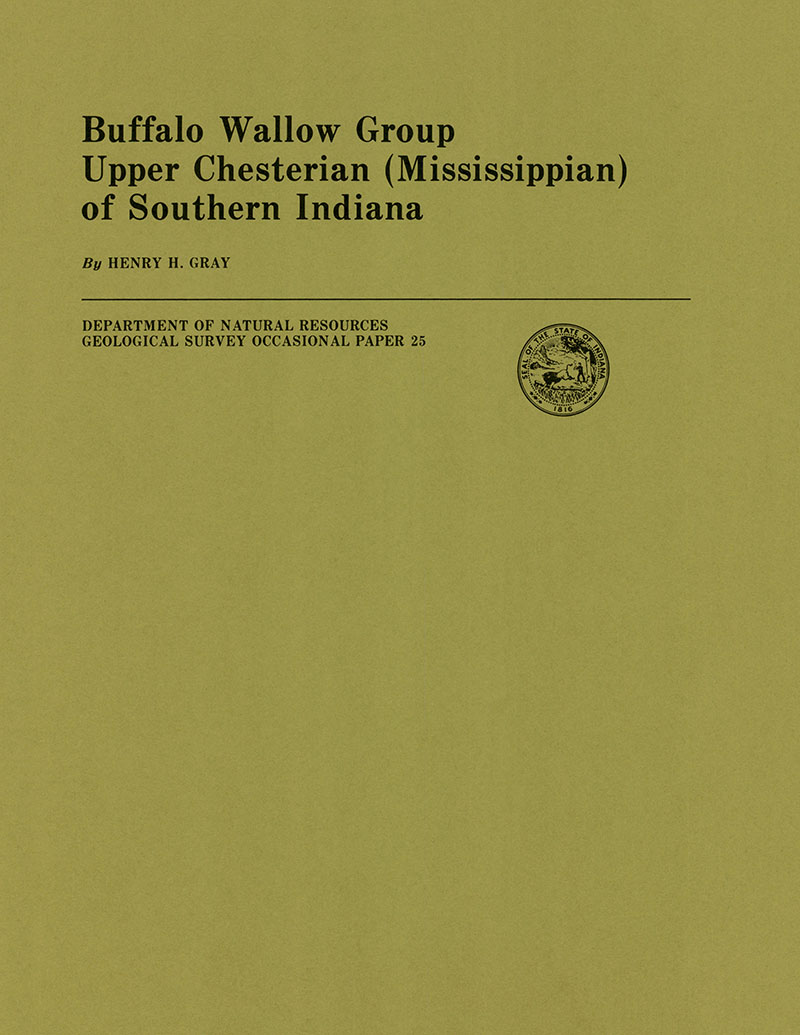 Outcropping Chesterian rocks in Indiana above the Glen Dean Limestone (Stephensport Group) are assigned to the Buffalo Wallow Group, a name from Kentucky usage that is here adopted in a somewhat expanded sense and is raised in rank. This group, which is about 270 feet (80 m) thick near the Ohio River but which is overlapped and truncated northward by the overlying Mansfield Formation of Pennsylvanian age, consists of three formations. In ascending order these are the Tar Springs, Branchville, and Tobinsport Formations. The latter two names are new. Seven named members are designated within these formations. Intervening rocks, principally shale, are not assigned as to member. The Tar Springs Formation includes one named member, the Tick Ridge Sandstone Member (new name for the massive sandstone phase of this formation). Marking the bottom and top, respectively, of the Branchville Formation are the Vienna Limestone Member (long-recognized equivalent of the Vienna Limestone of southern Illinois) and the Leopold Limestone Member (a thin tongue of the Menard Limestone of Illinois, newly named and including many exposures that earlier were identified as Siberia Limestone). The Tobinsport Formation includes four named members, in ascending order the Siberia Limestone Member (another thin tongue of the Menard Limestone and including the type Siberia), the Bristow Sandstone Member and the Mt. Pleasant Sandstone Member (two older names reinstated with reduction in rank but no change in concept), and near the top of the formation, the Negli Creek Limestone Member (basal member of the Kinkaid Formation of Illinois). All these named members are thin and relatively widespread except the Mifflin Sandstone Member, which is of small areal extent but is thick wherever it is recognized.

Development of the Mississippian-Pennsylvanian unconformity in Indiana

Outcrop features of the Mansfield Formation in southwestern Indiana