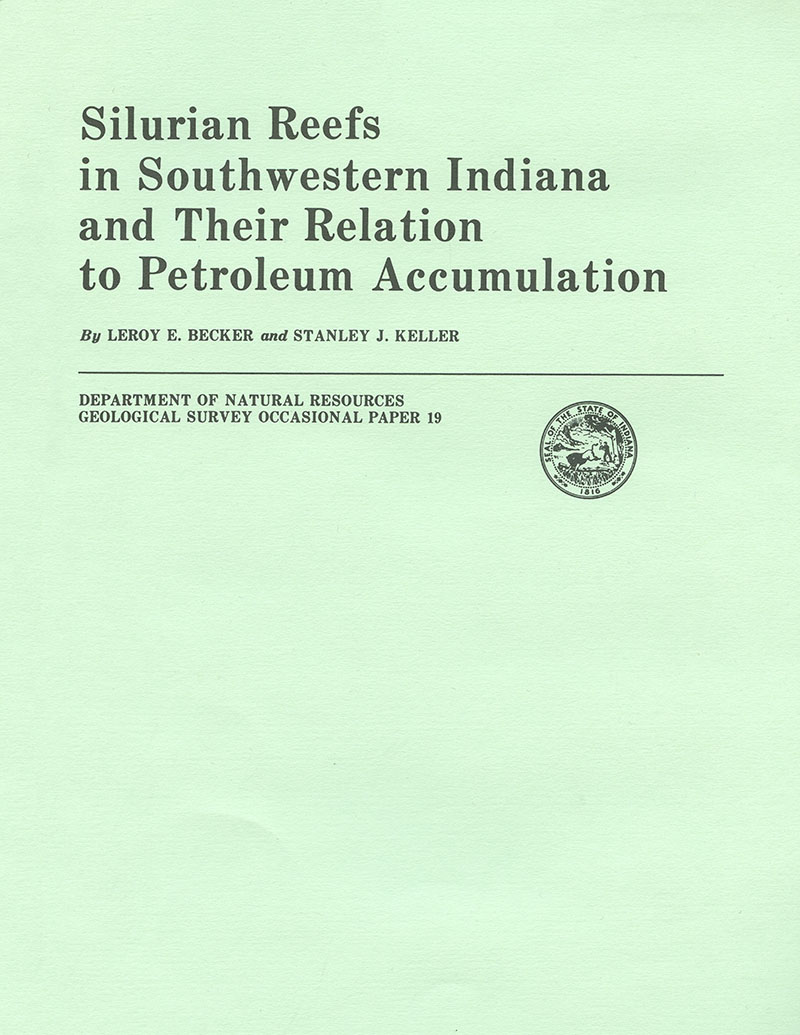 Reefs and reef structures are found across most of Indiana (Ault and others, in preparation), but reef structures commonly called pinnacle reefs have been recognized only in the Illinois Basin portion of Indiana. This report outlines briefly the distribution and stratigraphic setting of reef structures in the Illinois Basin of southwestern Indiana and the structural highs associated with them. It also includes comments on the occurrence of petroleum in the highs overlying the reefs and favorable areas of search for additional reefs. County names and geologic provinces in Indiana are shown in this report. To date, oil has never been produced in Indiana from Silurian reefs themselves, but oil production from structural highs associated with Silurian reefs dates back to the discovery of the Terre Haute Field in Vigo County in 1889. The production at Terre Haute was derived from Devonian rocks, and at that time it was not known that the structural high that entrapped the oil was a reflection of an underlying Silurian reef. After the Terre Haute discovery, only three commercial pools related to reefs were discovered until the late 1940's and early 1950's, when reef drilling exploration reached its peak. Exploration activity in search of natural gas storage fields resulted in the discovery of the Plummer Field in Greene County in 1969 (Noel, in preparation). The primary production at Plummer is obtained from the Salem Limestone, and some production comes from the Ste. Genevieve Limestone and Devonian carbonate rocks. This discovery stimulated extensive exploration for Silurian reef structures in southwestern Indiana. Since the Plummer discovery in 1969, additional reefs have been found in Greene, Daviess, Owen, and Clay Counties.