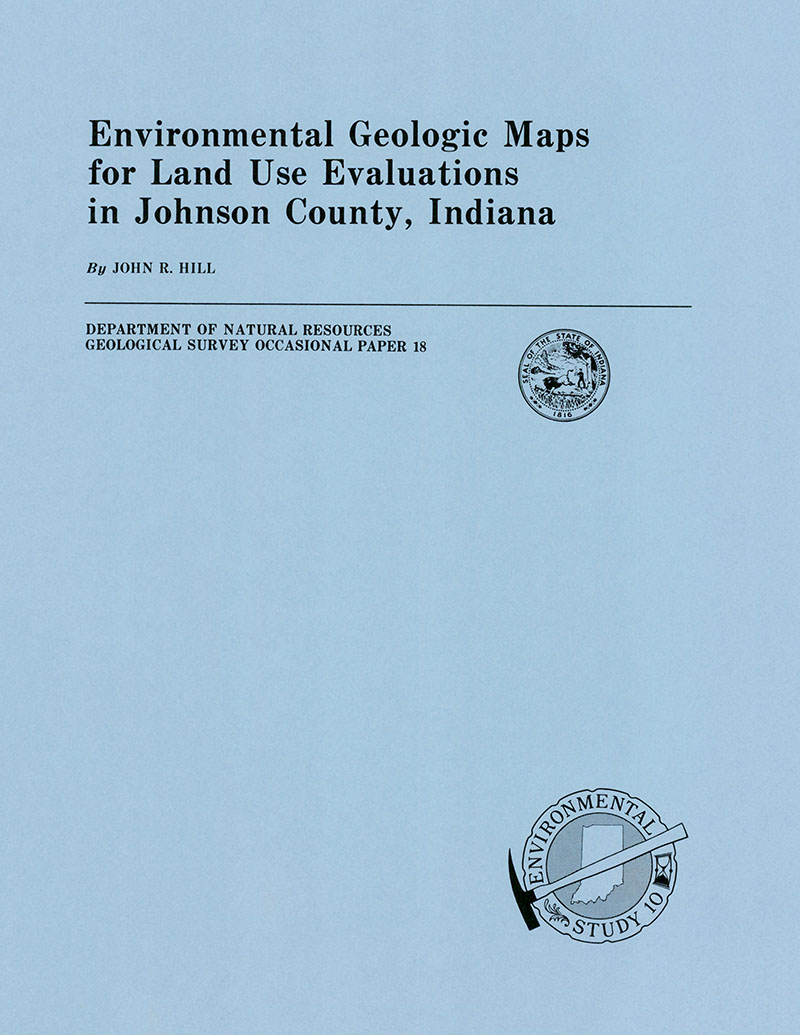 INTRODUCTION: Johnson County has experienced considerable population growth from 1960 to 1975 because of internal expansion and its proximity to Marion County. In 1970 its population was 61,138, a 40-percent increase over the previous (1960) census of 43,704. The Johnson County area has undergone such growth because: (1) it has substantial supplies of ground water; (2) high-traffic-volume thoroughfares, such as State Highways 135 and 37, U.S. Highway 31, and Interstate 65, cross the county; and (3) its land is generally well suited to construction. Nearly all the county embraces landforms based on glacially derived sediments that were deposited by ice, wind, and water. Glacial till (an unconsolidated material composed of sediments ranging in size from clay to boulders) that was deposited in numerous stages during the Ice Age blankets nearly all the count except a few localities south of Nineveh along the Johnson-Brown county line. Sand and gravel, washed from the ice as it retreated from the area nearly 20,000 years ago, exist now as sinuous valley train deposits. Some of the old glacial drainageways are now occupied by such streams as Grassy, Brewers, Buckhart, and Sugar Creeks. The overall thickness of the glacial deposits ranges from 0 to nearly 300 feet and has largely been determined by the underlying bedrock topography and glacial depositional processes. The information presented in this report supplements information already available in other reports that are pertinent to land use planning in Johnson county. To avoid duplication of existing material, very little has been said here about geologic history, engineering properties of the glacial drift, geomorphology and soils geology. Rather, this report concentrates on subjects for which little information is currently available: (1) depths to water table, (2) sand and gravel resources potential, (3) drift thickness, and (4) geologic factors affecting land use suitability to sanitary landfilling.