The Limberlost Dolomite of Indiana, a key to the great Silurian facies in the southern Great Lakes area (1976) 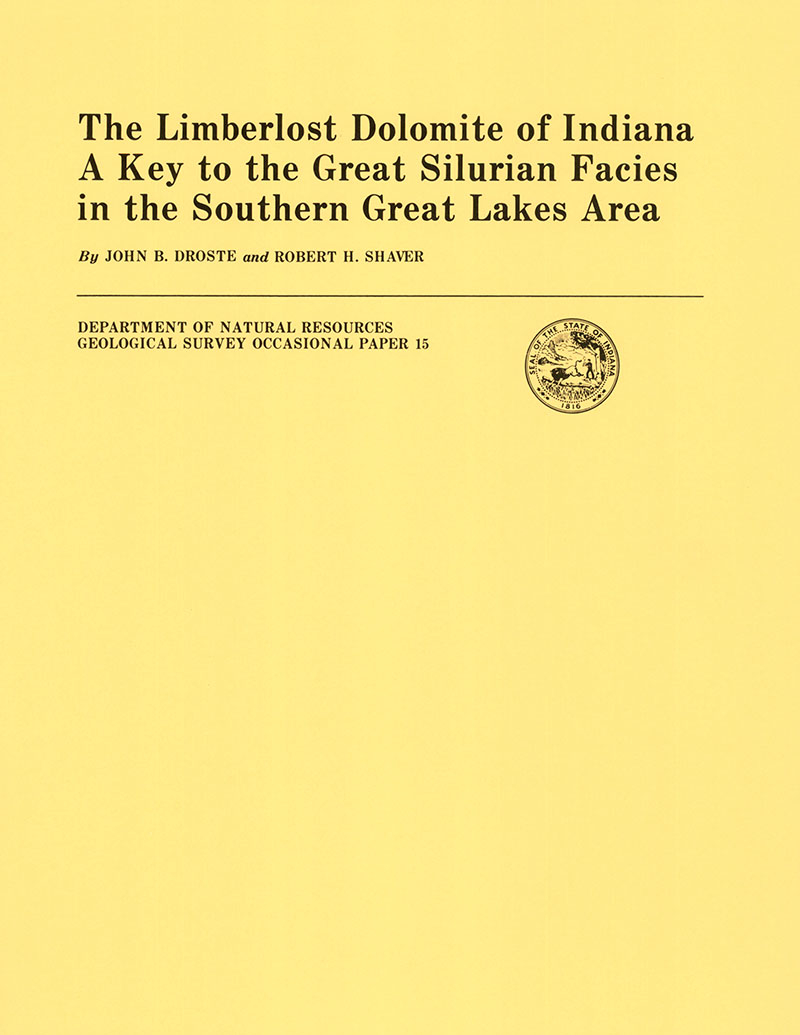 A new formation, the Limberlost Dolomite, is proposed for what formerly was called the brown upper part of the Salamonie Dolomite (upper middle Silurian) in northern Indiana that had not been named separately as had other members of the Salamonie. The new unit, ranging in thickness from 0 to more than 70 feet, generally consists of micritic to calcisiltitic rather pure dolomite that apparently is conformable with both the white bioclastic upper (as now restricted) Salamonie lying below the Limberlost Dolomite and with the overlying dark argillaceous Waldron Formation. Laterally disposed facies include oolites, reef and other organic buildup material, and thinly laminated micrites. In fact, the Limberlost is both a lower part of the reef-bearing sequence of the Wabash Platform (a middle Paleozoic feature not to be confused with present structure) and a direct facies of the lower part of the Salina Formation or Group (middle and upper Silurian) of the southern part of the Michigan Basin. The Limberlost Dolomite is at least partly equivalent to the Greenfield Dolomite (lowest Salina) of northwestern Indiana, and with lower A-unit (Salina) rocks in general of the Michigan Basin. Vertical zonation of the unit reflects the alternating periods of above-normal salinity (represented in Indiana by the finest grained carbonate rocks) and of more normal salinity (coarser grained even bioclastic and reefy carbonate rocks in Indiana) that characterize the Salina as a whole as well as its lower, A-unit part. The Limberlost Dolomite represents the onset of restrictive Salina influences within the Michigan Basin that transgressed in time onto the Wabash Platform as far south as Indianapolis. In places this restrictive influence had an abortive effect on beginning reef growth on the platform, but in many places first generation reefs of Indiana and Ohio grew without interruption until the end or near the end of Salina deposition well within the Michigan Basin. The tops of some of these reefs are as much as 400 feet above the Limberlost stratigraphic level. Similarly, the highest outcropping classically known Salina rocks in Indiana (Kokomo and Kenneth Limestone Members) are that high above the Limberlost. These stratigraphic relations in the stated magnitude suggest the key role that the Limberlost Dolomite has in interpretation of the great facies relationship that exists in the Great Lakes area between the reef-bearing and salt-bearing rocks. Such relationship between platform and basin rocks tempers greatly the current ideas on basin tectonics, history of reef growth in buried locales, shallow-water versus deep-water evaporites, and Silurian stratigraphic nomenclature.

Bedrock geologic map of the west half of the New Castle 30 X 60 minute quadrangle, central Indiana

The search for a Silurian reef model: Great Lakes area