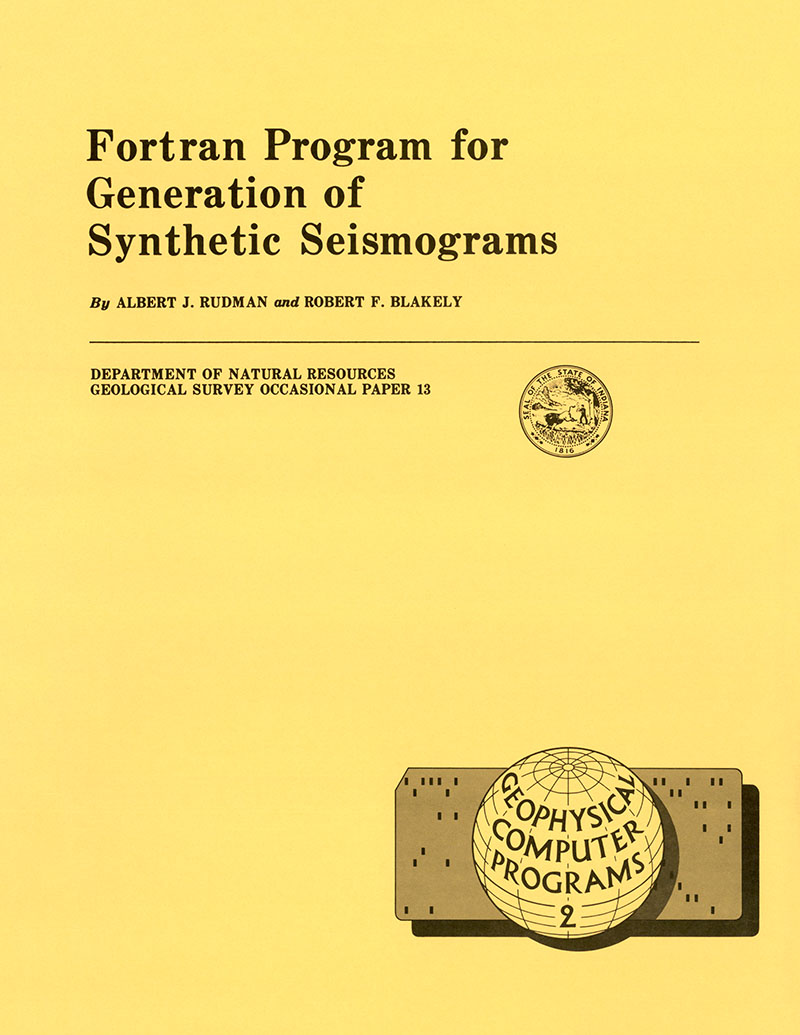 A Fortran IV computer program to generate synthetic seismograms has been developed by using the reflection coefficients computed for layers with differing velocities v. Convolution of coefficients with an input wave yields the synthetic seismogram. Choice of the input wave depends on what the user considers to be the best approximation of the response of his seismic system to a reflection. Input to the program consists of depths and interval transit times digitized from a continuous velocity log. Output consists of (1) a table of depths, transit times, interval velocities, reflection coefficients, and amplitudes of the synthetic seismogram and (2) line-printer and Calcomp plots of the input wave and seismogram. Although this program is applicable in most geologic situations, there is no provision for including multiple reflections or energy attenuation.

Seismic modeling in the (t,p) domain

Seismic velocities and synthetic seismogram computed from a continuous velocity log of a test well to the basement complex in Lawrence County, Indiana