The Stone Creek section, a historical key to the glacial stratigraphy of west-central Indiana (1975) 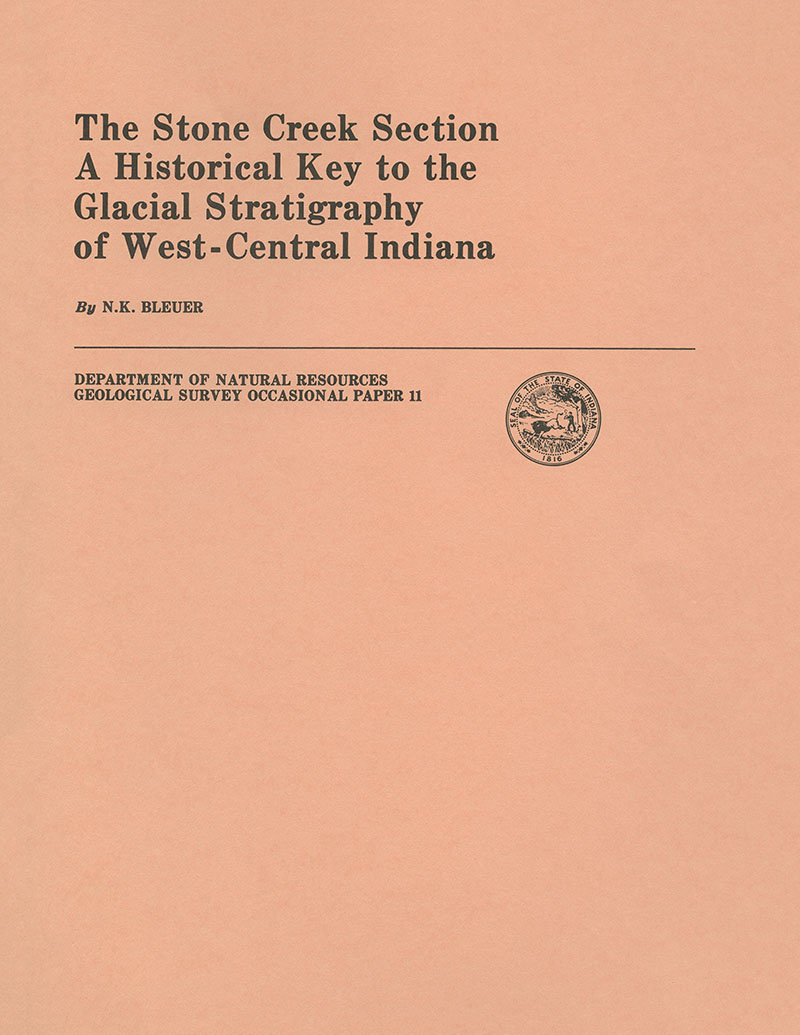 A photograph of T.C. Chamberlin's Stone Creek section near Williamsport, Ind., was used as the frontispiece of James Geikie's "The Great Ice Age," 3d ed (1894). It is one of the earliest published halftone photographs illustrating a multiple-drift succession. This example of the so-called imbrication of the till sheets, differing in color and composition was published during the controversy regarding the diversity versus the unity of the glacial epoch. Unfortunately, the historic Stone Creek section has been lost since 1894; no creek of that name is known in the Williamsport area. Only the Lovers Leap area on Big Pine Creek east of Williamsport presents sufficient relief, drift thickness, and proper drift stratigraphy to qualify as the probably site of the section. At Lovers Leap the uppermost till is a yellowish-brown to gray loam till of the Trafalgar Formation with a high garnet: epidote ratio ( 4:1) and northeast fabric. This overlies a gray clay loam till of the Snider Till Member (Wedron Formation) with a low garnet: epidote ratio ( 2:1) and north fabric that in turn overlies a reddish-brown sandy loam till of the Glenburn Till Member (Wedron Formation) with a low garnet: epidote ratio and northwest fabric. The tills are separated by massive ferruginous carbonate-cemented gravel. Although Frank Leverett (U.S. Geological Survey Monograph 53, 1915) abandoned Chamberlin's concept of crosscutting moraines, we have since returned, again on a morphologic basis in this area (W.J. Wayne, Indiana Geological Survey Report of Progress 28, 1965), to Chamberlin's basic idea. Remarkably, the major rock-stratigraphic relationships supporting this concept, which are just now being discerned, were anticipated by Chamberlin 80 years ago.