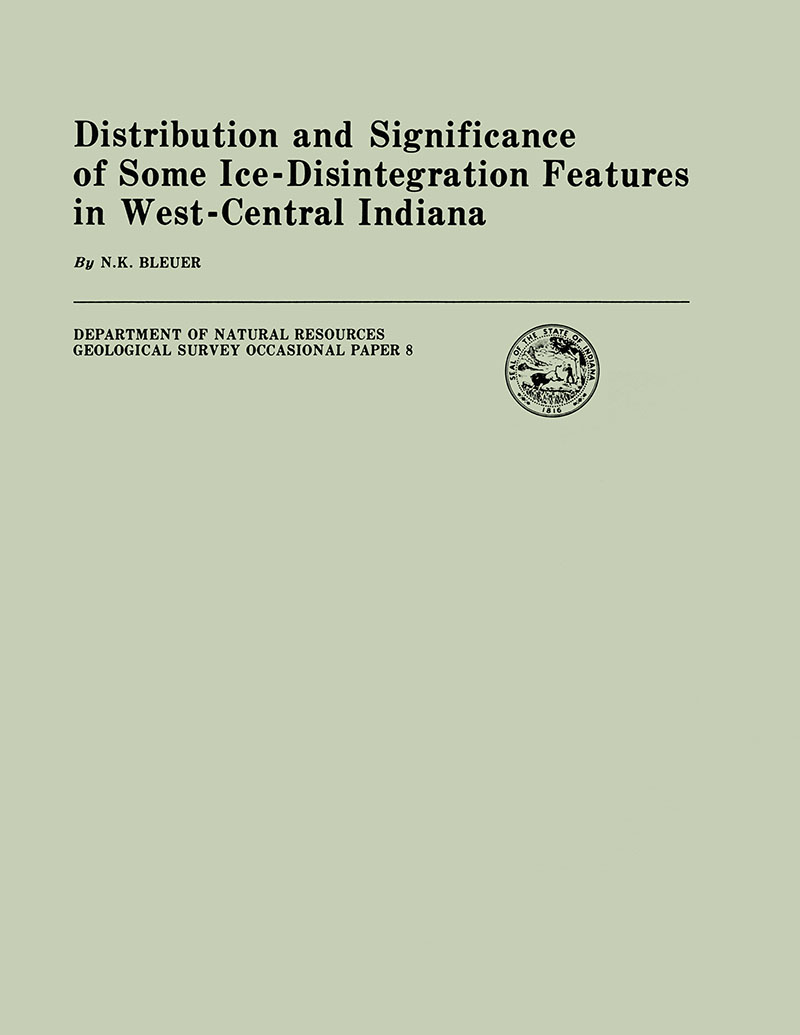 Ice-disintegration features are well known from the northern Great Plains of the United States and Canada; but they have not been extensively documented in the Midwest, although, historically, parts of this very west-central Indiana area served in T.C. Chamberlin's "Nature of the Englacial Drift of the Mississippi Basin" (1893) as the foremost examples of englacial and superglacial drift deposition (Bleuer, 1973). The form, distribution, and significance of such features in west-central Indiana, which include linear disintegration ridges and trenches, ice-walled channels and lakes, circular disintegration ridges(doughnuts), and prairie mounds, are described in this report.