Age of the Detroit River Formation in Indiana (1974) 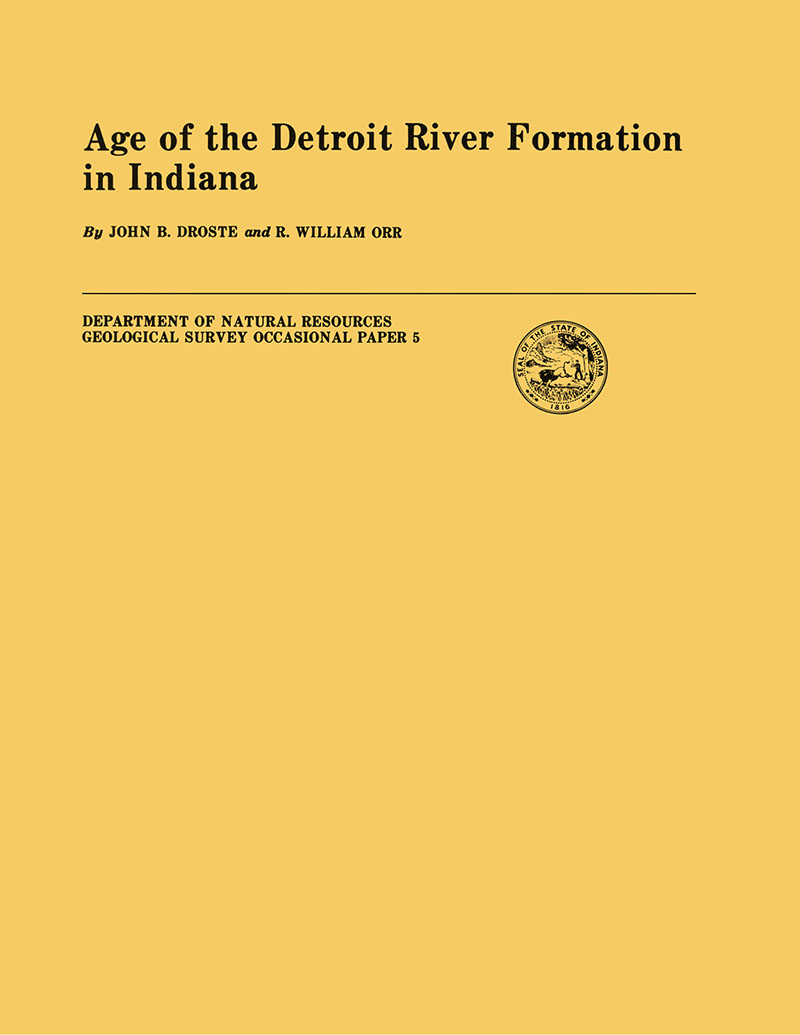 The purpose of this note is to consider the age of the Detroit River Formation (middle Devonian) in northern Indiana by using new physical evidence obtained from a K-bentonite or metabentonite and paleontologic data provided by conodonts. The best known and well-documented, widespread sedimentary accumulation of volcanic ash in the middle Devonian rocks of the Appalachian Basin is the Tioga Bentonite Bed (Johnson, Milton, and Dennison, 1971: Dennison and Textoris, 1970). Oliver and others (1967, p. 1006-1007) indicated that the stratigraphic position of the Tioga in the Devonian System was between the Ulsterian and Erian Series, the Onesquethaw and Cazenovia Stages, and the Moorehouse and Seneca Members of the Onondaga Limestone in the New York outcrop. These workers showed the Dundee Limestone separated from the subjacent Columbus Limestone by the Tioga at Sandusky in northern Ohio, and Janssens (1970) stated that a 3-inch shale bed between the Columbus Limestone at Marble Cliff Quarry, Franklin County, Ohio, was identified as Tioga bentonite by D.A. Textoris and J.M. Dennison. Collinson and others (1967) showed the stratigraphic position of the Tioga in some wells in the Illinois Basin, and Becker (in preparation) traced the position of the Tioga in the Jeffersonville Limestone on geophysical logs of 60 wells in southwestern and west-central Indiana.