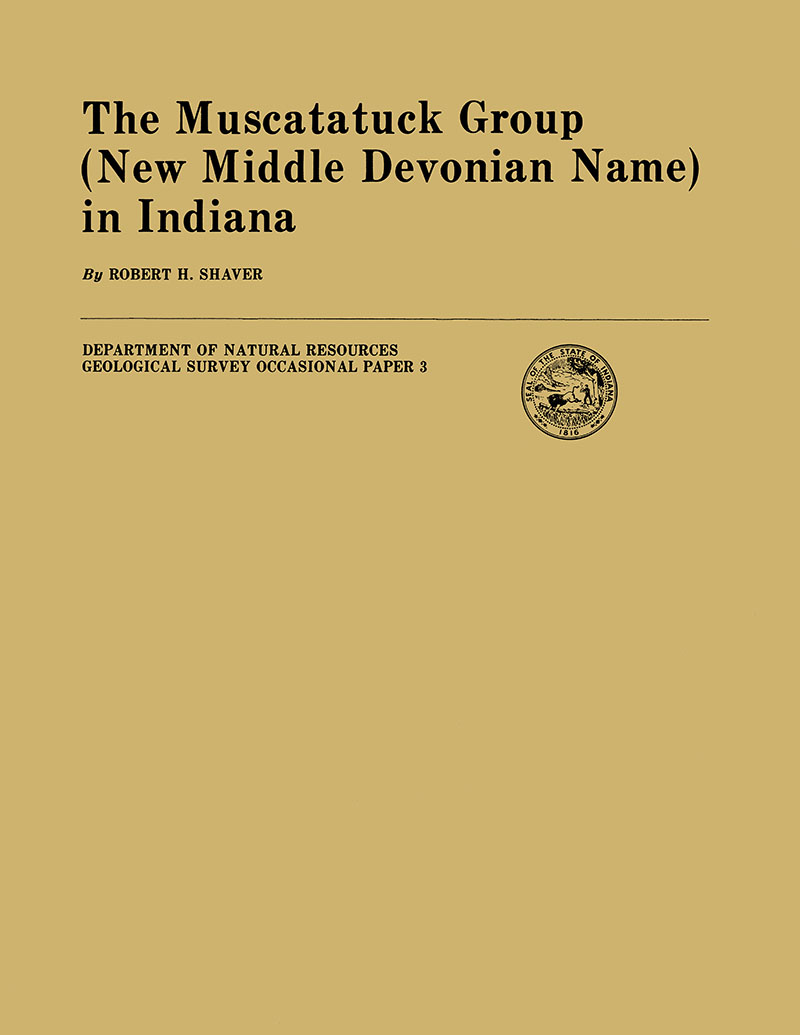 The new name Muscatatuck Group is proposed for the mostly dolomites and limestones that make up the middle Devonian rocks in Indiana. These rocks are in two mostly separate bodies that flank the Michigan Basin in northern Indiana and the Illinois Basin in southern Indiana but that have in northwestern Indiana a narrow corridor of physical continuity between the two basins. The Muscatatuck Group lies unconformably on Silurian rocks of varying age, except in southwestern-most Indiana, where it lies on lower Devonian rocks. It is overlain by the New Albany Shale in the southern area and by the Antrim Shale in the northern area, the Antrim Shale being defined so as to include a transitional carbonate-shale zone in the Antrim. The Muscatatuck type section is on Big Camp Creek (a part of the Muscatatuck River drainage system) in Jefferson County, Ind., where the Geneva Dolomite and Jeffersonville and North Vernon Limestones are present in a 66-foot Muscatatuck section. Three reference sections are in Boone County, central Indiana (subsurface, 93.5 feet, Jeffersonville and North Vernon); Allen County, northeastern Indiana (subsurface, 102 feet, Detroit River and Traverse Formations); and in LaPorte County, northwestern Indiana (subsurface, 138 feet, Detroit River and Traverse).

Preliminary engineering geology report of dam sites on the East Fork of the Muscatatuck River in Scott, Jennings, and Jefferson Counties, Indiana

Stratigraphy of the New Albany Shale in Indiana