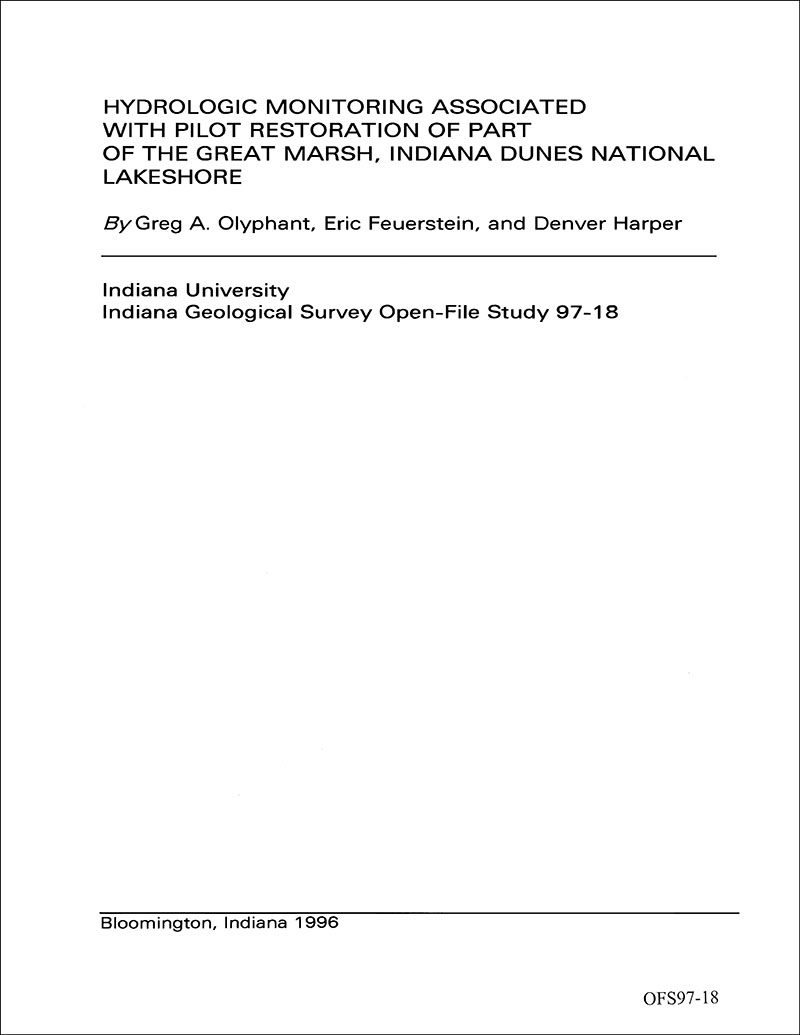 SUMMARY AND RECOMMENDATION: Prior to closure of the water-control structure, the pilot restoration watershed was characterized by low water tables and the absence of surface outflows from middle summer through October. Large rainstorms intermittently produced high discharges, but only for very short durations. Rainstorms are more frequent in spring and early summer, and because the water table was near the surface during those seasons, very night discharges were sometimes generated that lasted for several days. When the water-control structure was closed in late May, 1996, the water table rose to its maximum attainable elevation within just a few days. Even at the time, however, only about seven percent of the entire watershed was flooded, because the north berm is lower than most of the interior of the watershed. For several weeks, the area of the pool remained almost constant, but the pool then dried up when the regional water-table aquifer experienced a steep decline in middle summer. Several weeks later, the pool was reestablished during a brief stormy period and it remained for several weeks, but then dried up again when the regional water table once again declined. There findings demonstrate an important link that exists between restoration activities and the regional water table. Placement of water-control structures in subareas is probably incapable of restoring marsh conditions even in small areas so long as the regional water table experiences large fluctuations in elevation. Large declines of the regional water table occur because discharges through Derby Ditch occur constantly, so that the water-table aquifer is being dewatered during periods when rainfall does not occur for several weeks. Such conditions occur frequently. Future restoration measures may require placement of a water-control structure in Derby Ditch, itself. The level could be fixed to a level would retain more groundwater during dry periods of summer, but would not pose any threat of flooding in developed areas during heavy rainfalls.

Chemistry and movement of septic-tank absorption-field effluent in the dunes area, Lake and Porter Counties, Indiana

Evaluation of ground-water age and chemistry relations in aquifer systems in Lake, Porter, and La Porte Counties of Indiana