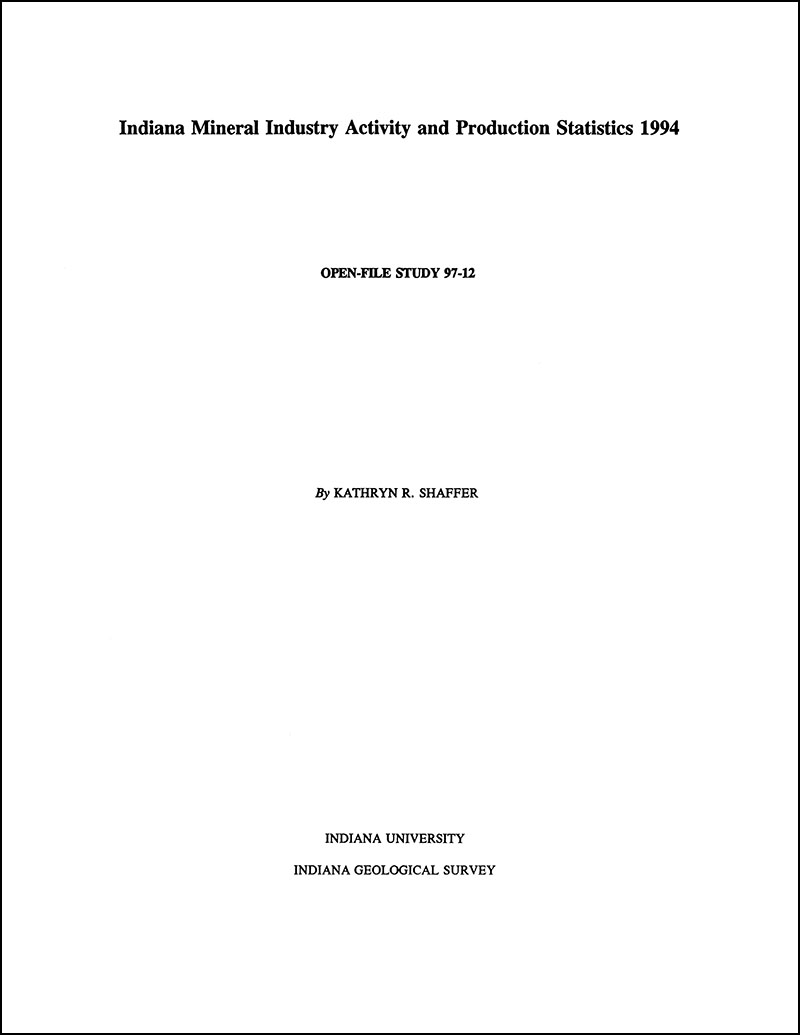 INTRODUCTION: Indiana produced a variety of fuel and nonfuel commodities. The fuels coal, crude oil, and natural gas are essential in powering diverse facets of the state's economy. Most of the nonfuel commodities produced are used in some aspect of the construction or transportation industries. Crushed stone is used for aggregate, cement and concrete manufacture, and railroad ballast; dimension limestone for building stone and flagstone; cement is used in mortar and concrete and for highways and buildings; sandstone for building stone and rubble; sand and gravel primarily for concrete aggregate, roadbase and stabilization, snow and ice control, and fill; common clay and shale primarily in the production of cement, brick, concrete blocks, and tiles; and gypsum for wallboard and cement. Crushed stone is also used for agricultural purposes, reclamation of mined lands, and SO2 removal in coal-fired electric power plant flue-gas desulfurization systems. Other commodities produced are used for a variety of purposes. Ball clay is used for absorbents and fullers; lime is vital to the steel industry, peat is used primarily for soil improvement and earthworm culture; and industrial sand for refractory purposes, as well as molding, blasting, and making glass. In addition, gemstones (freshwater pearsl) are produced in Indiana. The mineral industry is widespread: only four of Indiana's 92 counties did not produce at least one mineral commodity during 1994. Commodities produced in Indiana during 1993 and 1994, as well as quantity and value of that production, are listed in production. During 1994, total Indiana mineral production including fuels and nonfuels was valued at $1.2 billion, an increase of 8.5 percent over 1993 reported value. Industrial mineral production was valued at $555 million, a 17.3 percent increase over 1993. The state ranked twenty-first nationally in total value of industrial minerals produced. The combined value of fuels was $677 million, an overall increase of 1.1 percent over 1993. Fuels made up 55.0 percent of the total value of minerals produced during the year, the majority of which was from production of coal. The U.S. Mine Safety and Health Administration (MSHA) reports that an average of 3,207 individuals were mining coal in Indiana during the year, an increase of 8.8 percent over 2,948 engaged in mining coal the previous year; and 3,749 persons were employed in mining industrial minerals during 1994, an increase of 7.0 percent over the 3,504 persons reported in similar activity during 1993. Most individuals employed in mining industrial minerals were in aggregates production.