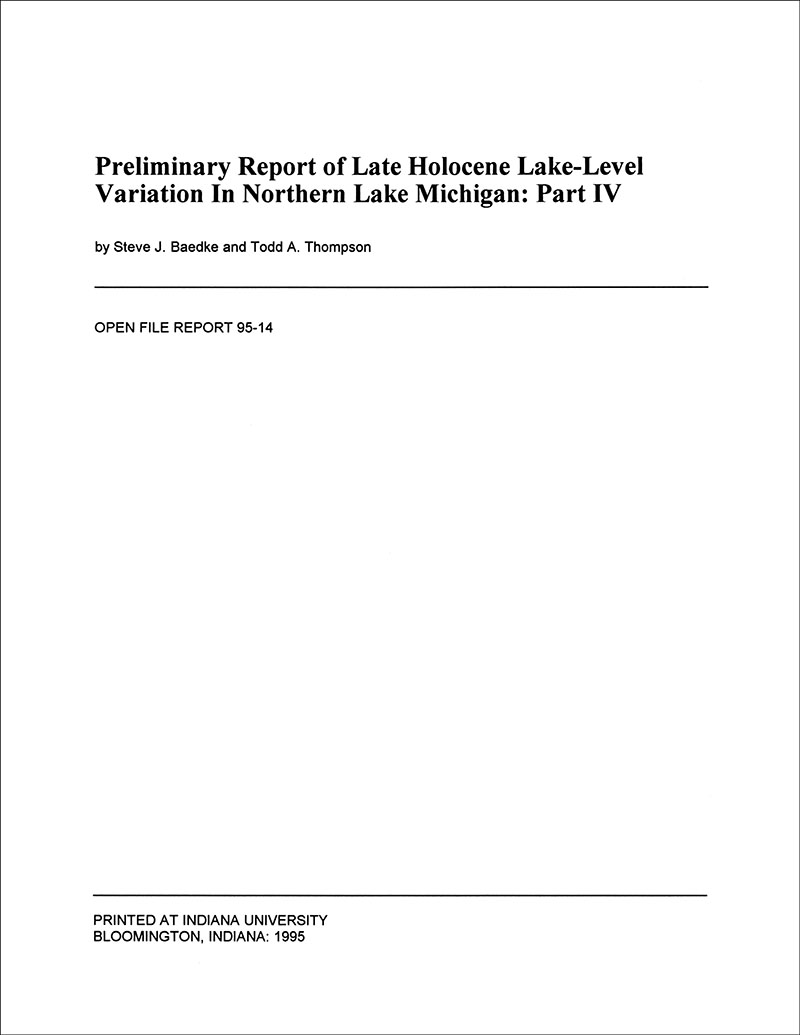 ABSTRACT: The internal architecture and timing of development were determined for 29 beach ridges from the Baileys Harbor embayment, at the Ridges Sanctuary, Wisconsin. Elevations of foreshore sediments were used to determine the relative elevations of Lake Michigan when each ridge formed. To determine the age of the ridges and the timing of their development, 12 peat samples were dated from basal wetland sediments between ridges. A least squares regression was calculated through these dates to assign ages to unsampled wetlands. In this study, it is assumed that the age of the base of the wetland is a minimum age for the ridge lakeward of it. Ridges were found to have formed between 1050 and 250 calendar years before present (B.P.). The foreshore deposits between ridges in the Baileys Harbor embayment are nearly horizontal and show only a slight lakeward decrease in elevation of about 1.75 ft along the entire transect. The elevations of most basal foreshore deposits are at or near the historical average for Lake Michigan during the development of the entire strandplain, suggesting that the Baileys Harbor embayment is at or very near the zero isoline that extends through the Port Huron outlet for Lakes Michigan and Huron. The Coordinating Committee on Great Lakes Basic Hydraulic and Hydrologic Data (1977) showed that the Platte Lake embayment (studied during one year of this project) has experienced roughly the same vertical uplift as the Baileys Harbor embayment. Therefore, data from these two sites can be combined producing a longer relative lake-level curve. Similar to the other sites studied, the average timing of development of a single beach ridge is about 30 years. Rises and falls in foreshore elevations of 1.5 to 4 ft among four to six ridges occur in the data. The foreshore elevations show five groups, although the fourth group in the series is not well defined. The rise and fall in foreshore elevations are interpreted to indicate a longer-term and possibly larger amplitude quasi-periodic variation of about 150 years. Similar groups were observed at all of the study areas examined in this research program.