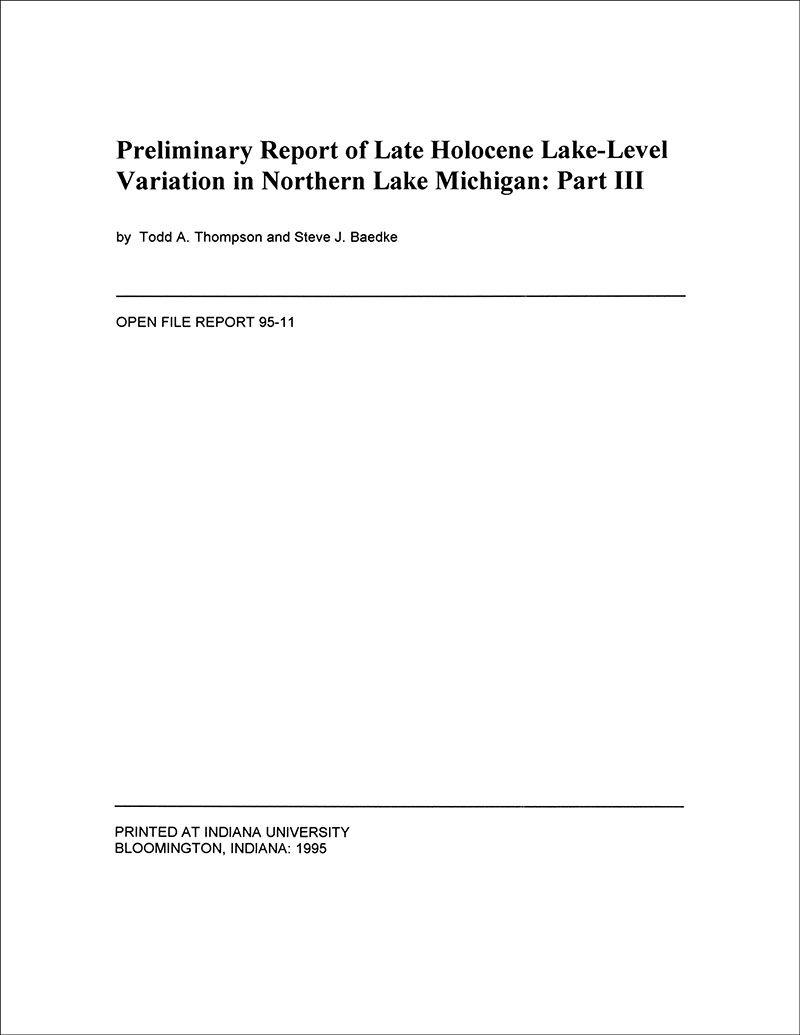 ABSTRACT: The internal architecture and timing of development were determined for 38 beach ridges within the Sturgeon Bay embayment of Wilderness State Park, Michigan. Elevations of foreshore sediment were used to determine the relative elevation of Lake Michigan when each ridge formed. To determine the age of ridges and the timing of their development, 12 peat samples were dated from basal wetland sediment between ridges. It is assumed in this study that the age of the base of the wetland is a minimum age of development for the ridge lakeward of it. A least-squares regression was calculated through these dates to reduce the scatter and to assign ages to unsampled wetlands. The age and elevation data ere combined to create a single relative lake-level curve for the Sturgeon Bay embayment. Along the transect in the Sturgeon Bay embayment, ridges formed between 600 and 2,300 calendar years before present (cal. yrs B.P.). The rate of vertical movement due to isostatic adjustment (rebound) for this embayment is greater than any other sites studied. The high rate of vertical movement of the embayment is shown by the lowering in foreshore elevations of about 15 ft. from 1,700 to 600 cal. yrs. B.P. Individual beat ridges formed in the embayment on a long-term average of 36 ñ 9 yrs/ridge. Groups of three to five ridges, showing a rise and fall in basal foreshore elevations within the group, define a longer-term and possibly larger-amplitude quasi-periodic lake-level variation of about 150 years in duration. Over-thickened foreshore deposits occur along the transect. They are interpreted to represent stacked beach ridges. These over-thickened foreshores occur in the landward part of the groups, suggesting that the rate sediment supply was insufficient to offset onshore translation of the shoreline during the 150-year quasi-periodic fluctuations.