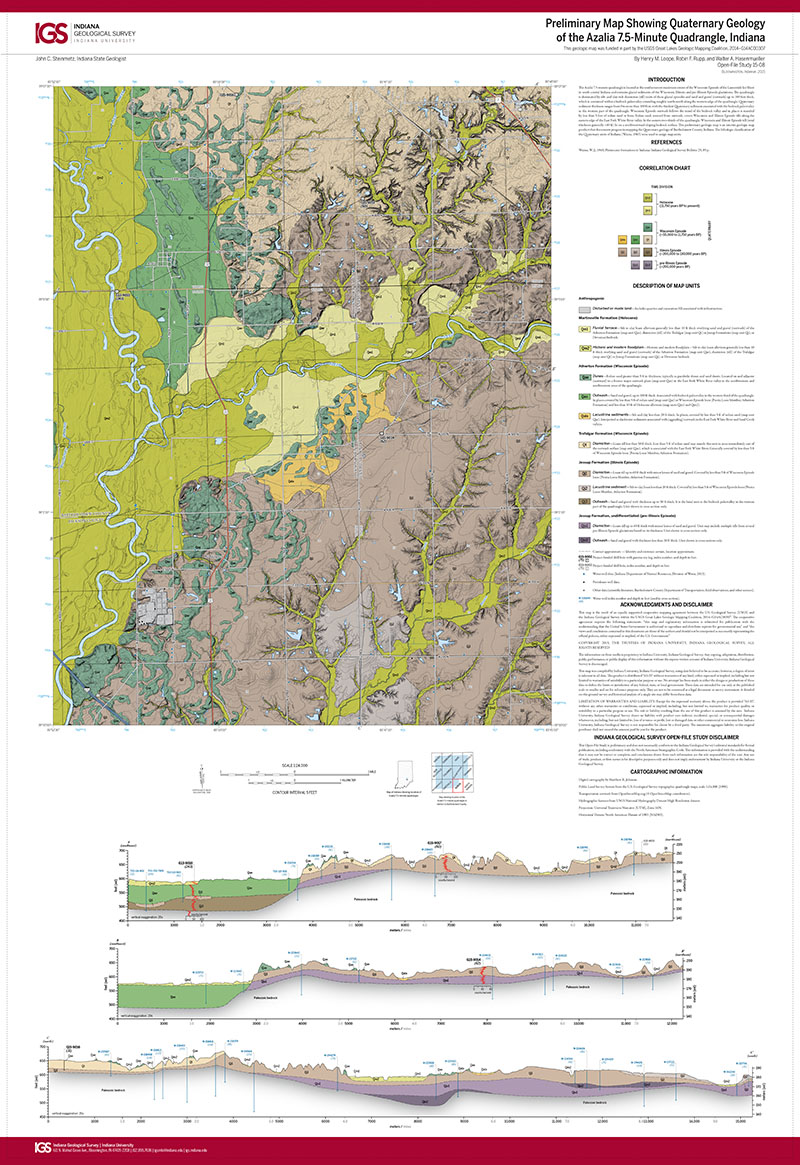 The Azalia 7.5-minute quadrangle is located at the southernmost maximum extent of the Wisconsin Episode of the Laurentide Ice Sheet in south-central Indiana and contains glacial sediments of the Wisconsin, Illinois, and pre-Illinois Episode glaciations. The quadrangle is dominated by silt- and clay-rich diamicton (till) units of these glacial episodes and sand and gravel (outwash) up to 100 feet thick, which is contained within a bedrock paleovalley extending roughly north-south along the western edge of the quadrangle. Quaternary sediment thickness ranges from 0 to more than 100 feet, with the thickest Quaternary sediment associated with the bedrock paleovalley in the western part of the quadrangle. Wisconsin Episode outwash follows the trend of the bedrock valley and in places is mantled by less than 5 feet of eolian sand or loess. Eolian sand, sourced from outwash, covers Wisconsin and Illinois Episode tills along the eastern edge of the East Fork White River valley. In the eastern two-thirds of the quadrangle, Wisconsin and Illinois Episode till (total thickness generally <60 ft) lie on a southwestward-sloping bedrock surface. This preliminary geologic map is an interim geologic map product that documents progress in mapping the Quaternary geology of Bartholomew County, Indiana. The lithologic classification of the Quaternary units of Indiana (Wayne, 1963) were used to assign map units.