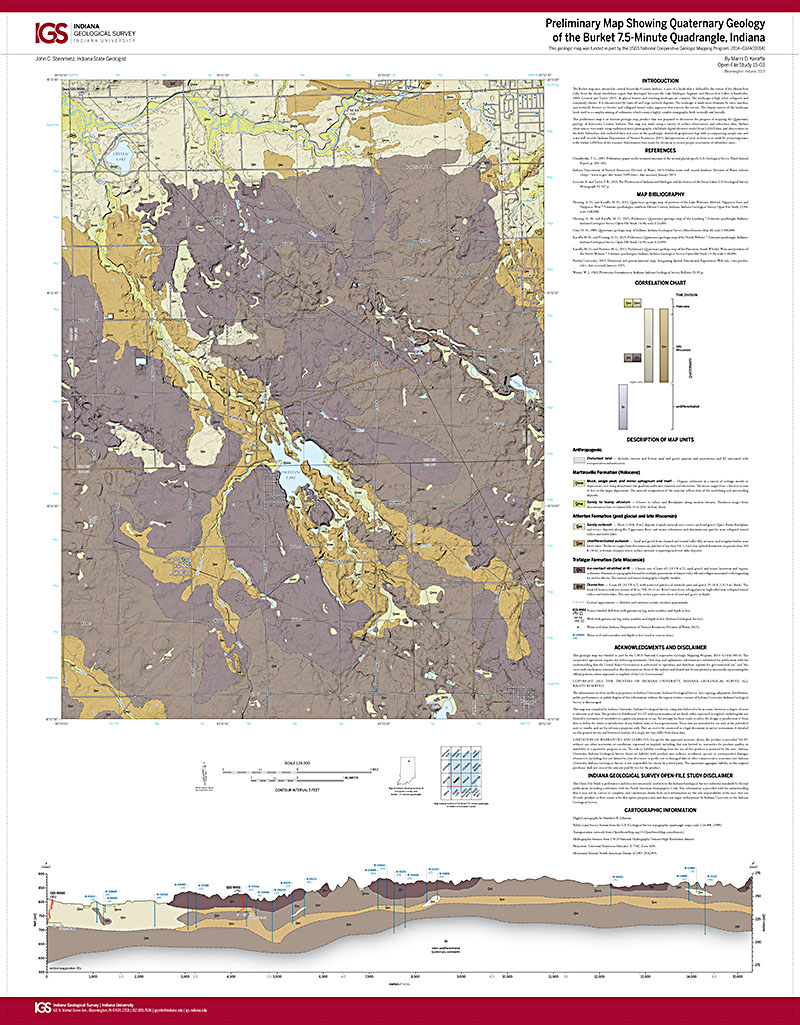 The Burket map area, situated in central Kosciusko County, Indiana, is part of a locale that is defined by the retreat of the Huron-Erie Lobe from the classic interlobate region that developed between the Lake Michigan, Saginaw, and Huron-Erie Lobes (Chamberlin, 1883; Leverett and Taylor, 1915). Its glacial history and resulting landscape are complex. The landscape is high relief, collapsed, and commonly chaotic. It is characterized by loam till and large outwash deposits. The landscape is made more dramatic by lakes, marshes, and wetlands (former ice blocks) and collapsed tunnel valley segments that traverse the terrain. The chaotic nature of the landscape lends itself to a complex mixing of sediments, which create a highly variable stratigraphy, both vertically and laterally.