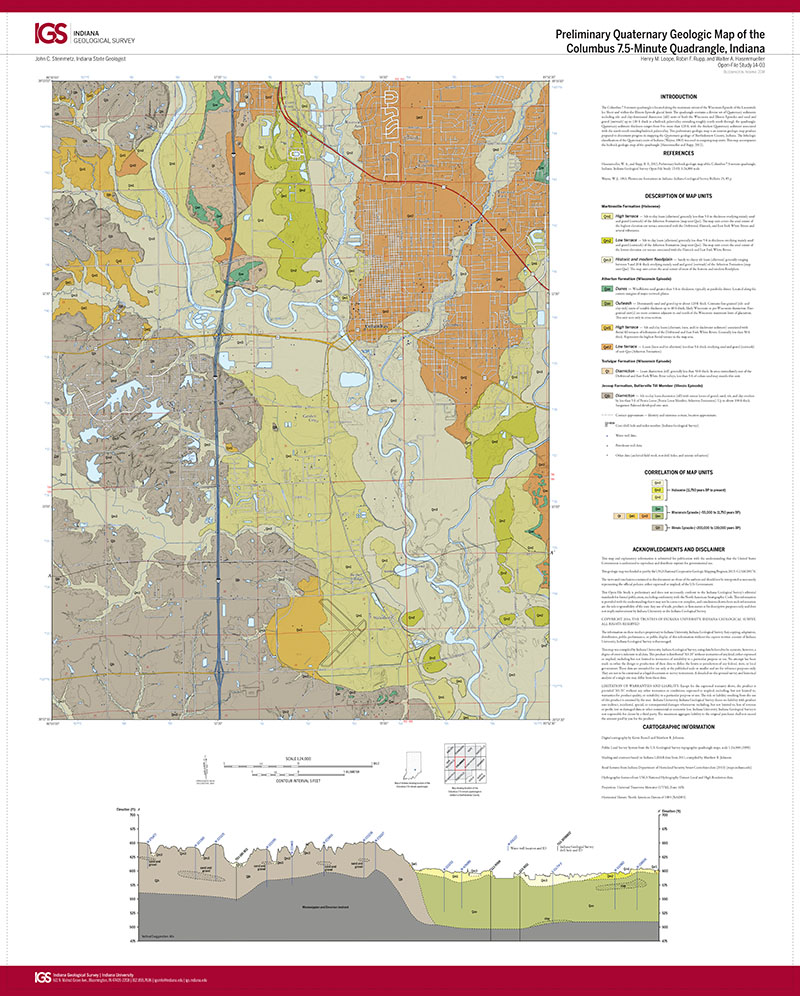 The Columbus 7.5-minute quadrangle is located along the maximum extent of the Wisconsin Episode of the Laurentide Ice Sheet and within the Illinois Episode glacial limit. The quadrangle contains a diverse set of Quaternary sediments including silt- and clay-dominated diamicton (till) units of both the Wisconsin and Illinois Episodes and sand and gravel (outwash) up to 120 ft thick in a bedrock paleovalley extending roughly north-south through the quadrangle. Quaternary sediment thickness ranges from 0 to more than 120 ft, with the thickest Quaternary sediment associated with the north-south trending bedrock paleovalley. This preliminary geologic map is an interim geologic map product prepared to document progress in mapping the Quaternary geology of Bartholomew County, Indiana. The lithologic classification of the Quaternary units of Indiana (Wayne, 1963) was used in assigning map units. This map accompanies the bedrock geologic map of the quadrangle (Hasenmueller and Rupp, 2012).