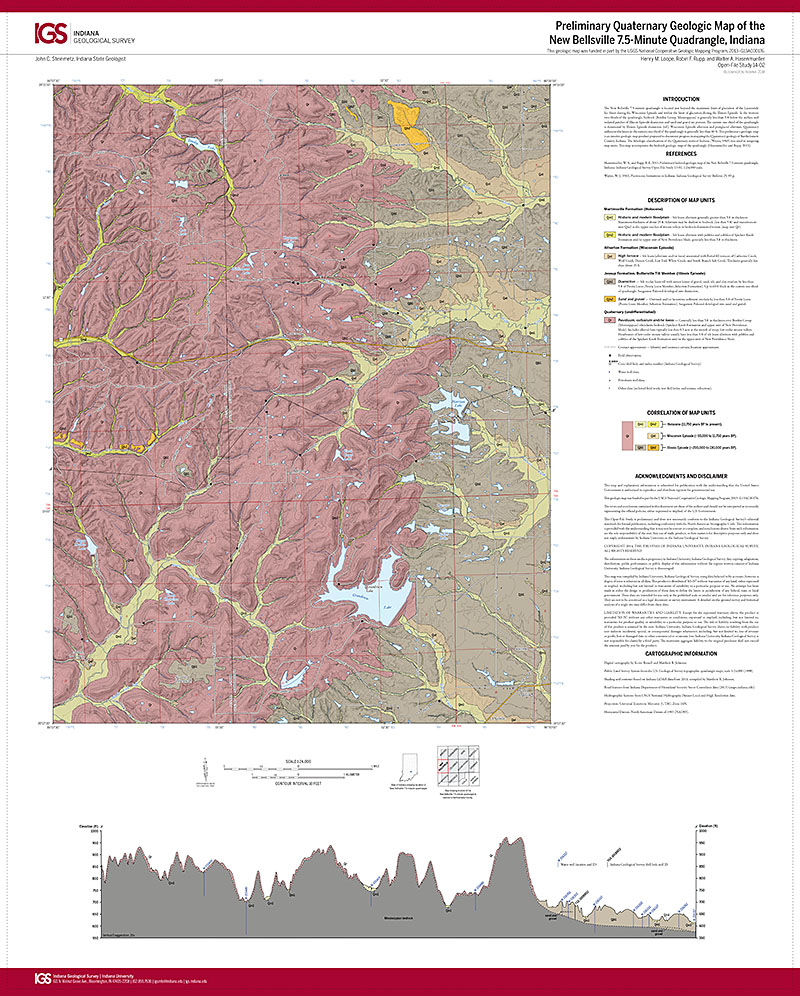 The New Bellsville 7.5-minute quadrangle is located just beyond the maximum limit of glaciation of the Laurentide Ice Sheet during the Wisconsin Episode and within the limit of glaciation during the Illinois Episode. In the western two-thirds of the quadrangle, bedrock (Borden Group, Mississippian) is generally less than 5 ft below the surface and isolated patches of Illinois Episode diamicton and sand and gravel are present. The eastern one-third of the quadrangle is dominated by Illinois Episode diamicton (till), Wisconsin Episode alluvium and postglacial alluvium. Quaternary sediment thickness in the eastern one-third of the quadrangle is generally less than 60 ft. This preliminary geologic map is an interim geologic map product prepared to document progress in mapping the Quaternary geology of Bartholomew County, Indiana. The lithologic classification of the Quaternary units of Indiana (Wayne, 1963) was used in assigning map units. This map accompanies the bedrock geologic map of the quadrangle (Hasenmueller and Rupp, 2013).