Toward understanding the glacial geology of the Erie Lobe Basin: Descriptions of four cores in the Lagro Formation, Whitley County, Indiana (2014) 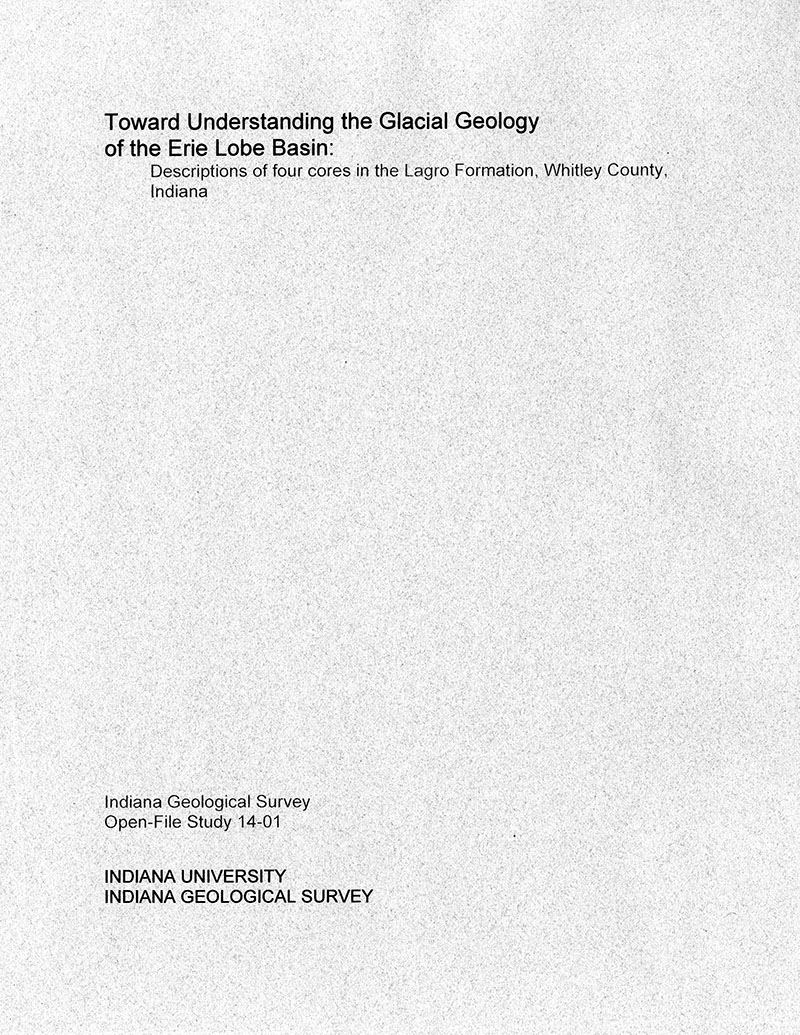 Four rotosonic cores were collected in the northwestern part of the Erie Lobe Basin during March and early April, 2013. The purpose of the cores is to help characterize the lithostratigraphy of the Lagro Formation, a sequence of predominantly clayrich diamictons and related sediments that represent the last in a series of late Wisconsin deposits of the Erie Lobe in Indiana and the underlying sediments. All four cores are located in Whitley County (fig. 1). Three are within a northeast-trending ridged terrain traditionally mapped as the northern limb of the Mississinewa Moraine (Wayne, 1958); the fourth is located at the extreme distal edge of the Lagro Formation as mapped by Gray (1989), adjacent to a prominent, deeply incised meltwater channel of regional extent. The cores were described between September 2013 and February 2014. This report presents a basic description of the cores and offers some preliminary interpretations based on relations between observed sedimentary and lithostratigraphic characteristics and the local geologic settings of the core sites.

Rotosonic cores of the Lagro Formation in Huntington and Allen Counties, Indiana

Glacial geology of the Lafayette (east half) and Muncie (west half) 30 X 60 minute quadrangles, Indiana