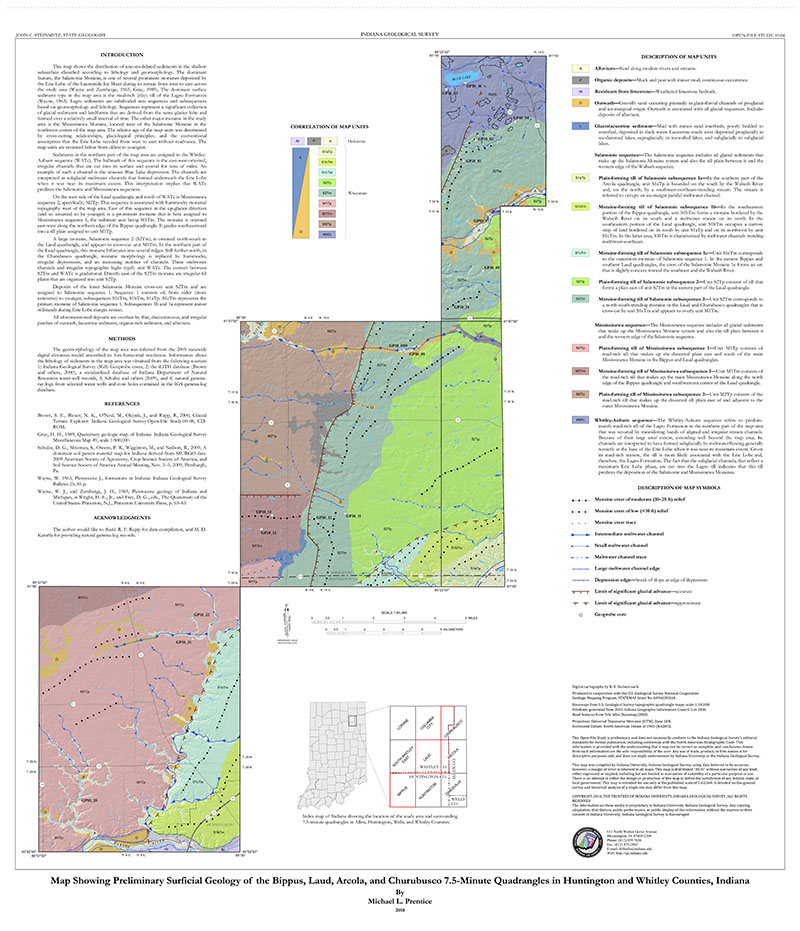 Map showing preliminary surficial geology of the Bippus, Laud, Arcola, and Churubusco 7.5-minute quadrangles in Huntington and Whitley Counties shows the distribution of near-surface unconsolidated sediments classified according to lithology and geomorphology at a scale of 1:63,360. The sediments are subdivided into 14 different map units. Moraines and meltwater channels are the dominant geomorphic features depicted. The limits of several different glacial advances are also shown. The interpretation is based on public-domain geologic information and 17 new 25-foot sediment cores.

Glacial geology of the Lafayette (east half) and Muncie (west half) 30 X 60 minute quadrangles, Indiana