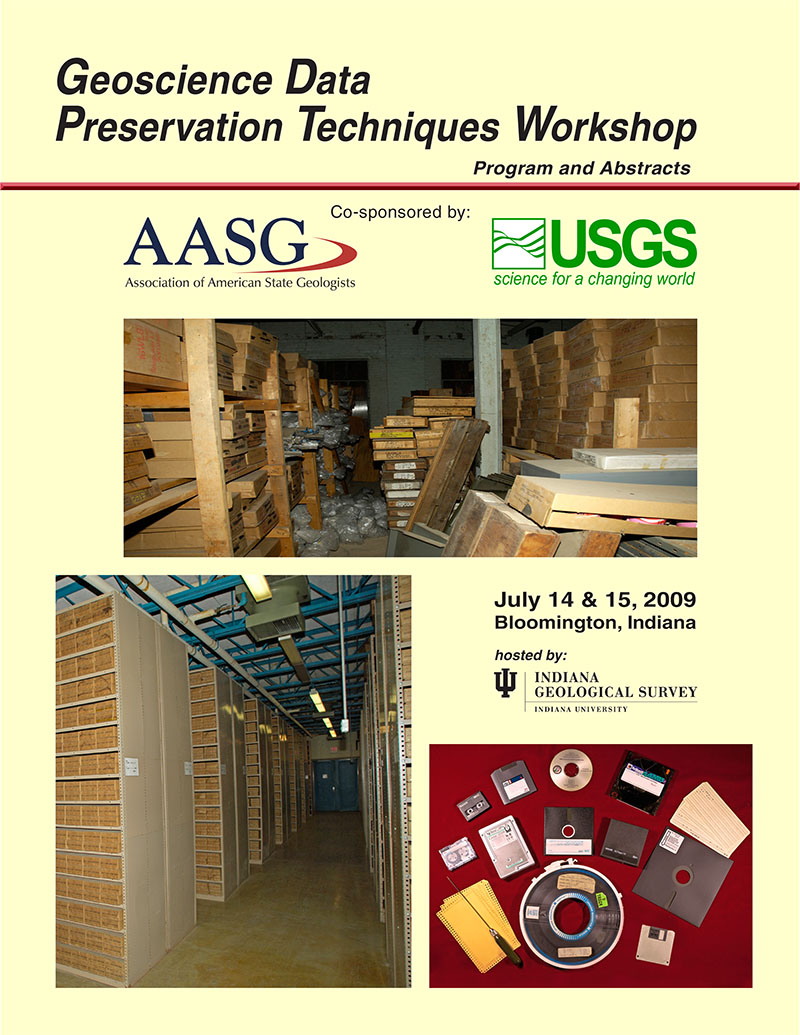 On July 14 and 15, 2009, the Geoscience Data Preservation Techniques Workshop was held on the campus of Indiana University in Bloomington. The workshop was co-sponsored by the Association of American State Geologists (AASG) and the U.S. Geological Survey (USGS), and it was hosted by the Indiana Geological Survey. The workshop brought together for the first time 50 geoscience data preservation specialists from state and federal geological surveys, and it provided a venue for the participants to share best management practices of sample and data preservation, cataloging, and accessibility. The format of the workshop included oral and poster presentations, demonstrations, and a fieldtrip. The agenda was specifically arranged to provide ample time for discussion, focusing on active participation and sharing of successful techniques, lessons learned, and false starts by all registrants. The casual summer setting on the Indiana University campus also served as a backdrop for building new relationships among the articipants for future collaborations. The idea for a workshop was first proposed at a joint committee meeting organized and led by Tamara Dickinson, Program Coordinator for the National Geologic and Geophysical Data Preservation Program (NGGDPP). She had brought together two of her advisory committees, the NGGDPP Grants and Catalog Committees, at the Denver Federal Center in November 2008. An outgrowth of the collaborative discussions was the notion of a data preservation techniques workshop. John Steinmetz, director of the Indiana Geological Survey and a member of the Grants Committee, volunteered to host the workshop at Indiana University during the summer of 2009.