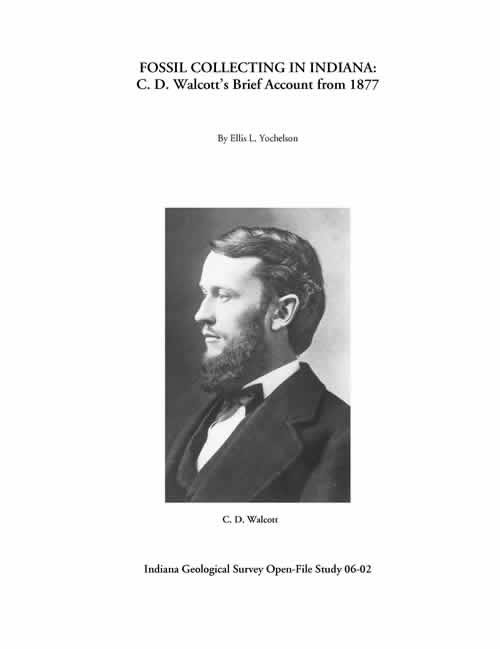 This account is an interesting historical slice-of-life view of a noted fossil hunter and scientist of the late nineteenth century, taken from the daily diary of C. D. Walcott. During the fall of 1877, James Hall of Albany, New York, sent his special assistant Charles Doolittle Walcott to Indiana. For more than a month during October and November, Walcott, accompanied by C. Van Deloo, assembled a huge fossil collection from the Silurian beds at Waldron, often working under difficult conditions. Following this stint, he spent several more weeks collecting from younger beds elsewhere in the state. While he was in the field, Walcott wrote a brief account of the local Waldron stratigraphy and listed the fossils he had collected. For many years, this material was displayed in the New York State Museum.

I Left My Heart in the Silurian sticker

A field guide and recollections: the David Dale Owen years to the present, a sesquicentennial commemoration of service by the Geological Survey

Second report of the Geological Survey of Indiana 1870