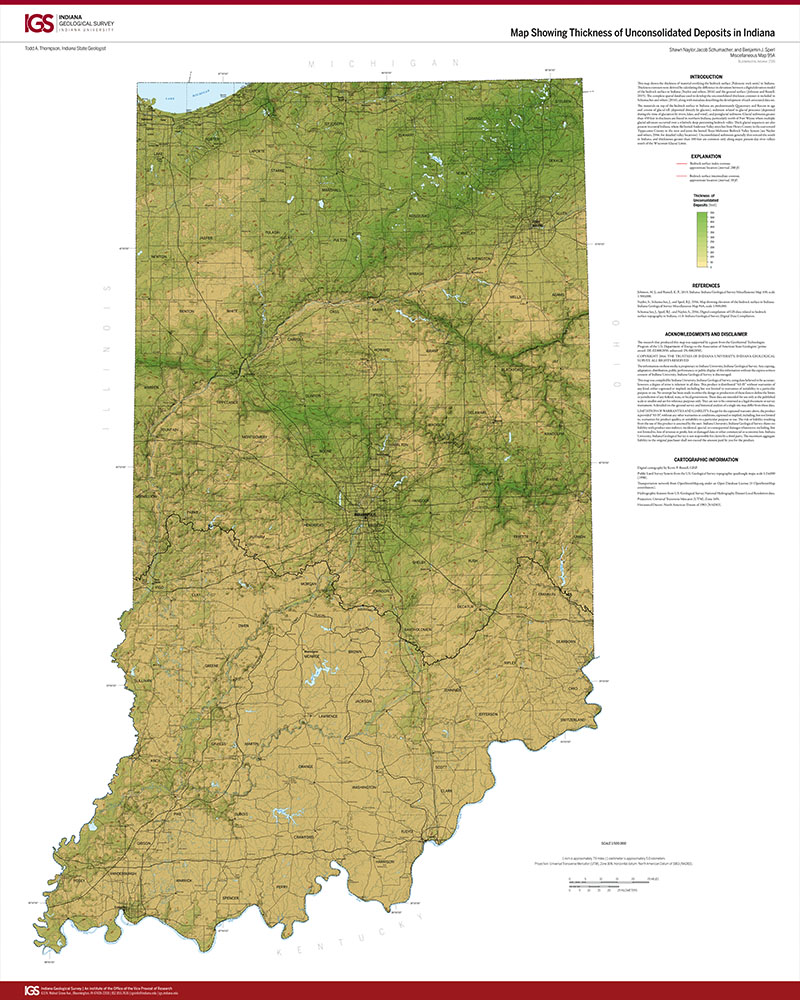 This map shows the thickness of material overlying the bedrock surface (Paleozoic rock units) in Indiana. Thickness contours were derived by calculating the difference in elevations between a digital elevation model of the bedrock surface in Indiana (Naylor and others, 2016) and the ground surface (Johnson and Russell, 2015). The complete spatial database used to develop the unconsolidated thickness contours is included in Schumacher and others (2016), along with metadata describing the development of each associated data set. The materials on top of the bedrock surface in Indiana are predominantly Quaternary and Recent in age and consist of glacial till (deposited directly by glaciers), sediment related to glacial processes (deposited during the time of glaciation by rivers, lakes, and wind), and postglacial sediment. Glacial sediments greater than 450 feet in thickness are found in northern Indiana, particularly north of Fort Wayne where multiple glacial advances occurred over a relatively deep preexisting bedrock valley. Thick glacial sequences are also present in central Indiana, where the buried Anderson Valley stretches from Henry County in the east toward Tippecanoe County in the west and joins the buried Teays-Mahomet Bedrock Valley System (see Naylor and others, 2016, for detailed valley locations). Unconsolidated sediments generally thin toward the south in Indiana, and thicknesses greater than 100 feet are common only along major present-day river valleys south of the Wisconsin Glacial Limit.