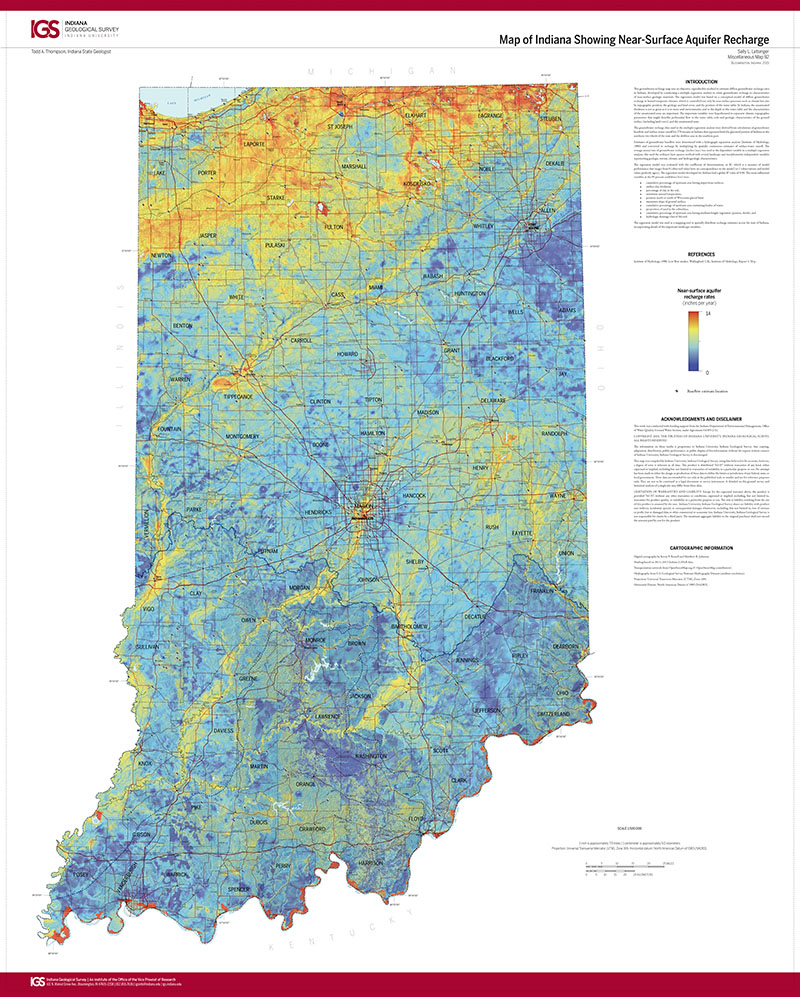 This groundwater-recharge map uses an objective, reproducible method to estimate diffuse groundwater recharge rates in Indiana, developed by conducting a multiple regression analysis to relate groundwater recharge to characteristics of near-surface geologic materials. The regression model was based on a conceptual model of diffuse groundwater recharge in humid temperate climates, which is controlled not only by near-surface processes such as climate but also by topographic position, the geology and land cover, and the position of the water table. In Indiana, the unsaturated thickness is not as great as it is in more arid environments, and so the depth to the water table and the characteristics of the unsaturated zone are important. The important variables were hypothesized to represent climate, topographic parameters that might describe preferential flow to the water table, soils and geologic characteristics of the ground surface (including land cover), and the unsaturated zone.

Characterization of groundwater in the coal-mine aquifers of Indiana