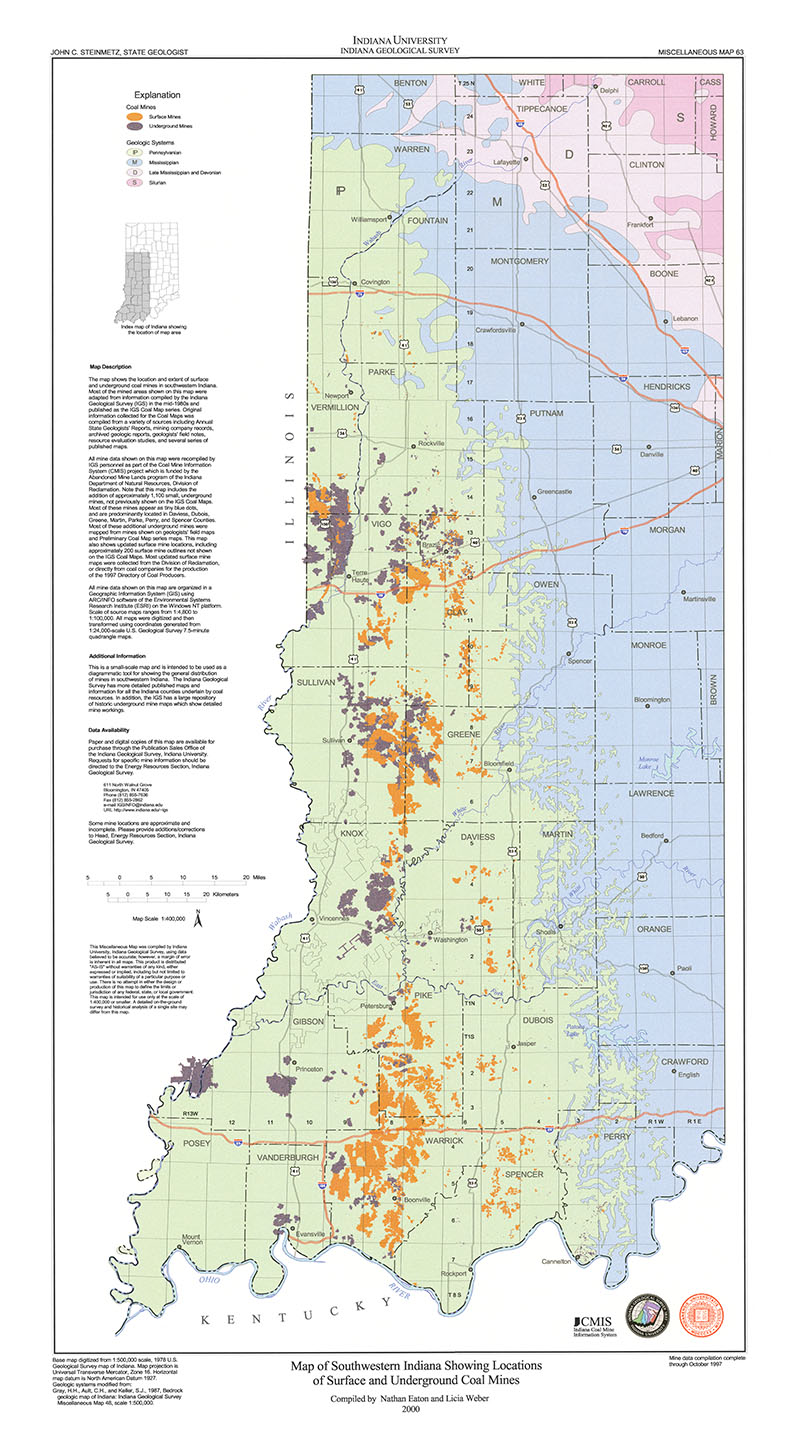 The map shows the location and extent of surface and underground coal mines in southwestern Indiana. Most of the mined areas shown on this map were adapted from information compiled by the Indiana Geological Survey (IGS) in the mid-1980s and published as the IGS Coal Map series. Original information collected for the Coal Maps was compiled from a variety of sources including Annual State Geologists' Reports, mining company records, archived geologic reports, geologists' field notes, resource evaluation studies, and several series of published maps. This is a small-scale map and is intended to be used as a diagrammatic tool for showing the general distribution of mines in southwestern Indiana. The Indiana Geological Survey has more detailed published maps and information for all the Indiana counties underlain by coal resources. In addition, the IGS has a large repository of historic underground mine maps which show detailed mine workings.