A map of Indiana showing its history, points of interest, and the holdings of the Indiana Department of Conservation (1954) 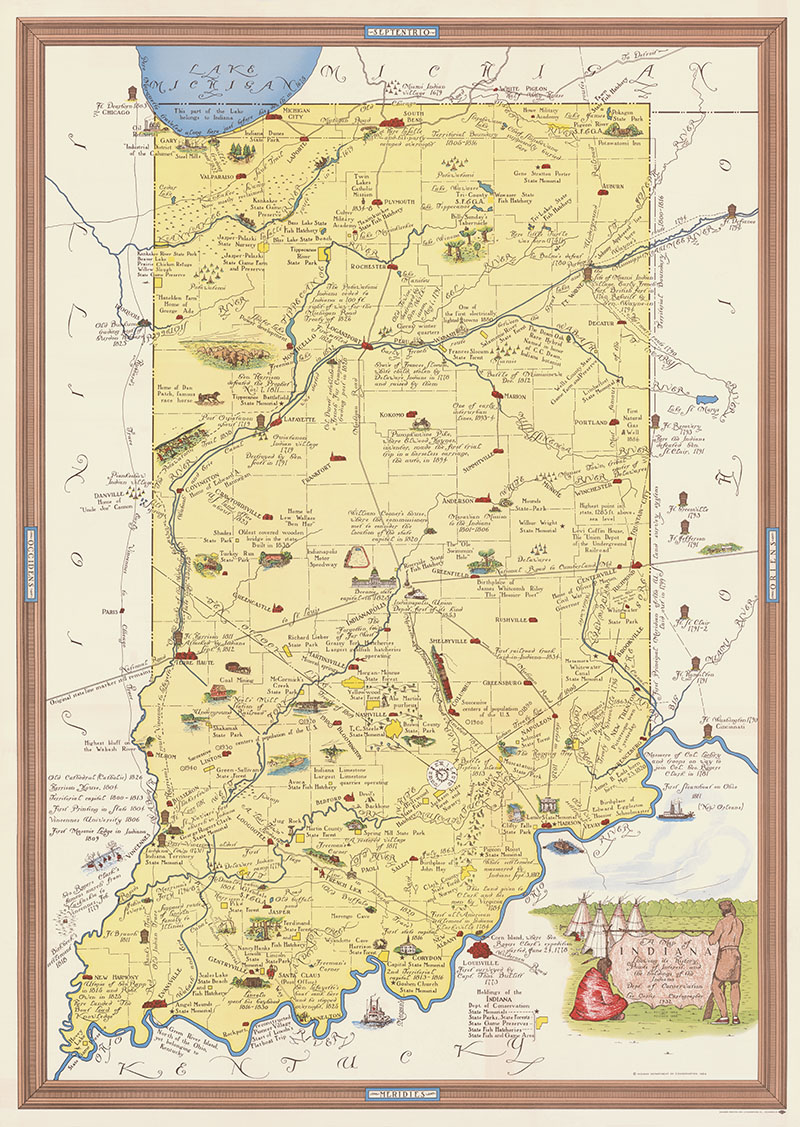 This beautiful pictorial map of Indiana was originally published in 1932, by the Indiana Department of Conservation, but was reprinted in 1954 and 1974. Lee Carter, the cartographer, depicted not just the holdings of the Indiana Department of Conservation, but also historic events and historic structures that have come to define the popular memory of Indiana’s past. Information about Indiana’s natural history, Native American tribes, early trails, roads, canals, and railroads abounds, together with many of the defining events of the Hoosier state’s pioneer period. The map also traces historic conflicts: Morgan’s Raid is prominently depicted, as well as many events from the Revolutionary War and the War of 1812. Many sites remember the struggle between American Indians and encroaching Whites. At first glance this seems to be primarily a celebration of Indiana’s hardy pioneer generation and its accomplishments. But a close-up look reveals much, much more: This a celebration of Hoosier culture and history, an attempt to tell a more inclusive story of Indiana’s past, a broadened history that locates the principal Underground Railroad route in Indiana as well as the birthplace of James Whitcomb Riley, the “Hoosier Poet.” Larger than live figures from Indiana folklore like Jonny Appleseed get their due, as well as the state’s inventors, literary figures, early interurban lines, first electrically lighted towns, natural gas deposits, as well as the Hoosier state’s limestone industry.

Trails in the Mounds State Park