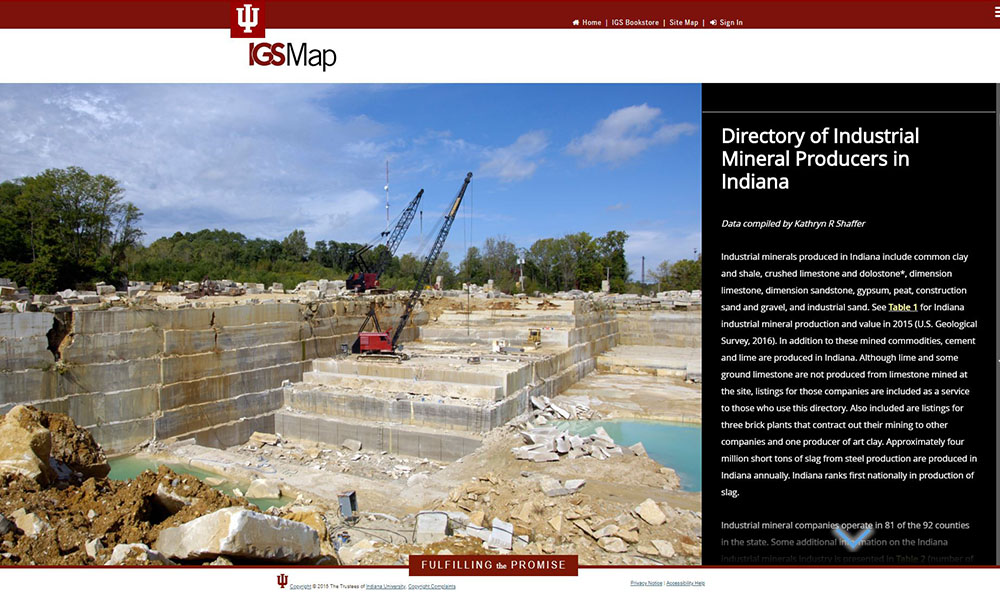 This is the digital version of the long-produced publication of the Indiana Geological Survey, Directory 11. Industrial minerals produced in Indiana include common clay and shale, crushed limestone and dolostone*, dimension limestone, dimension sandstone, gypsum, peat, construction sand and gravel, and industrial sand. See Table 1 for Indiana industrial mineral production and value in 2015 (U.S. Geological Survey, 2016). In addition to these mined commodities, cement and lime are produced in Indiana. Although lime and some ground limestone are not produced from limestone mined at the site, listings for those companies are included as a service to those who use this directory. Also included are listings for three brick plants that contract out their mining to other companies and one producer of art clay. Approximately four million short tons of slag from steel production are produced in Indiana annually. Indiana ranks first nationally in production of slag. Industrial mineral companies operate in 81 of the 92 counties in the state. Some additional information on the Indiana industrial minerals industry is presented in Table 2 (number of operations, companies, national rank, and major uses of Indiana industrial minerals).