Gold and diamonds in Indiana—an update (2005) 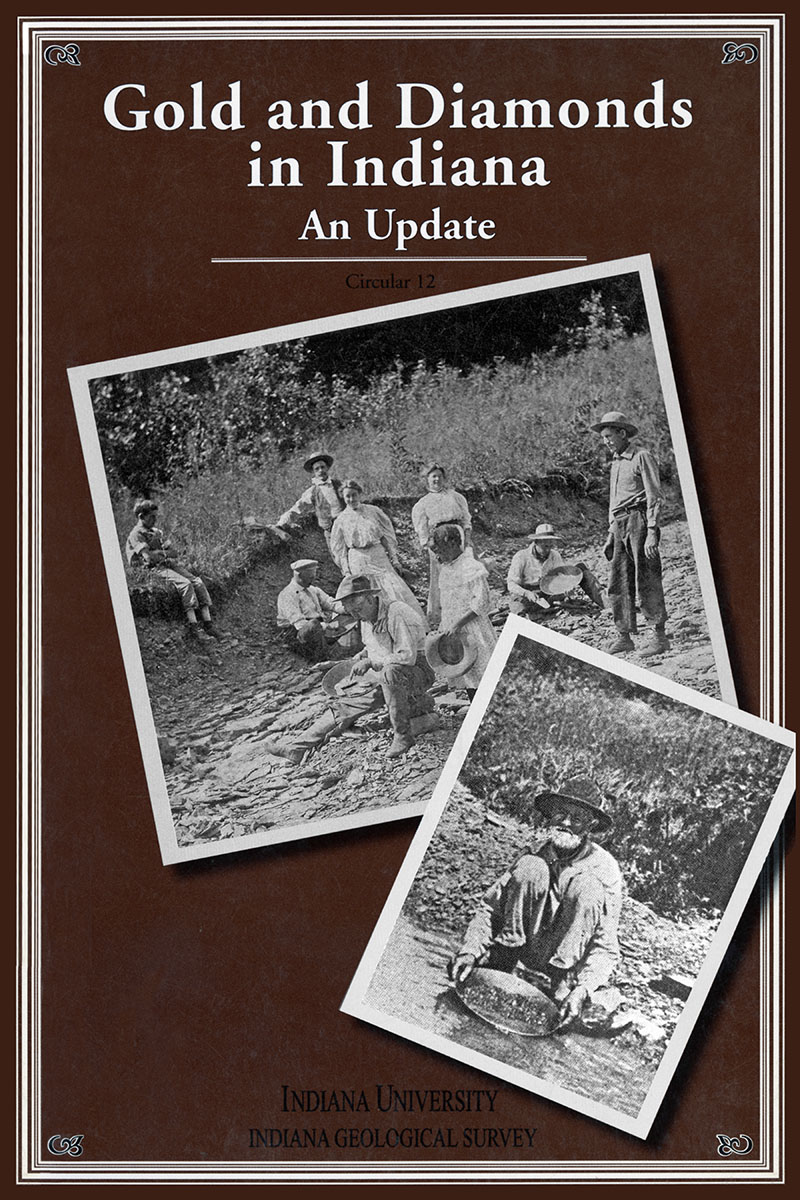 Since its first reprinting in 1963, Willis S. Blatchley's "Gold and Diamonds in Indiana" has been a bestseller of the Indiana Geological Survey. Much of the appeal of Blatchley's report derives from the novelty of its topic. Most people do not think of the Midwest as an area in which either gold or diamonds are found. The mention of gold usually brings to mind a grizzled old prospector up a gulch on a lonely mountain in Colorado or a team of gold seekers along Bear Creek near Dawson, Alaska. Indiana gold, although not plentiful, has been found in sufficient quantities mostly along streams in Morgan and Brown Counties to keep interest in recovering the yellow metal alive for more than 135 years. "Gold and Diamonds in Indiana" has also gained popularity because it was written in 1903, a time when the gold-producing areas of Indiana were relatively unspoiled and scenic, and life moved at an enviably slower pace than it does today. Because of the attraction of the original "Gold and Diamonds in Indiana," as much as possible of that manuscript has been preserved. Improvements in our understanding of the origins of gold and diamonds are reflected in a new chapter that treats that subject. Like Blatchley's original, this report is intended not as a treatise on gold mining in Indiana but as a guide for the amateur gold panner who enjoys nature and the challenge of finding a few grains of gold along one of southern Indiana's scenic upland streams.

Let's look at rocks--collecting and identifying rocks in Indiana

Indiana Rocks! A Guide to Geologic Sites in the Hoosier State

Let's look at some rocks