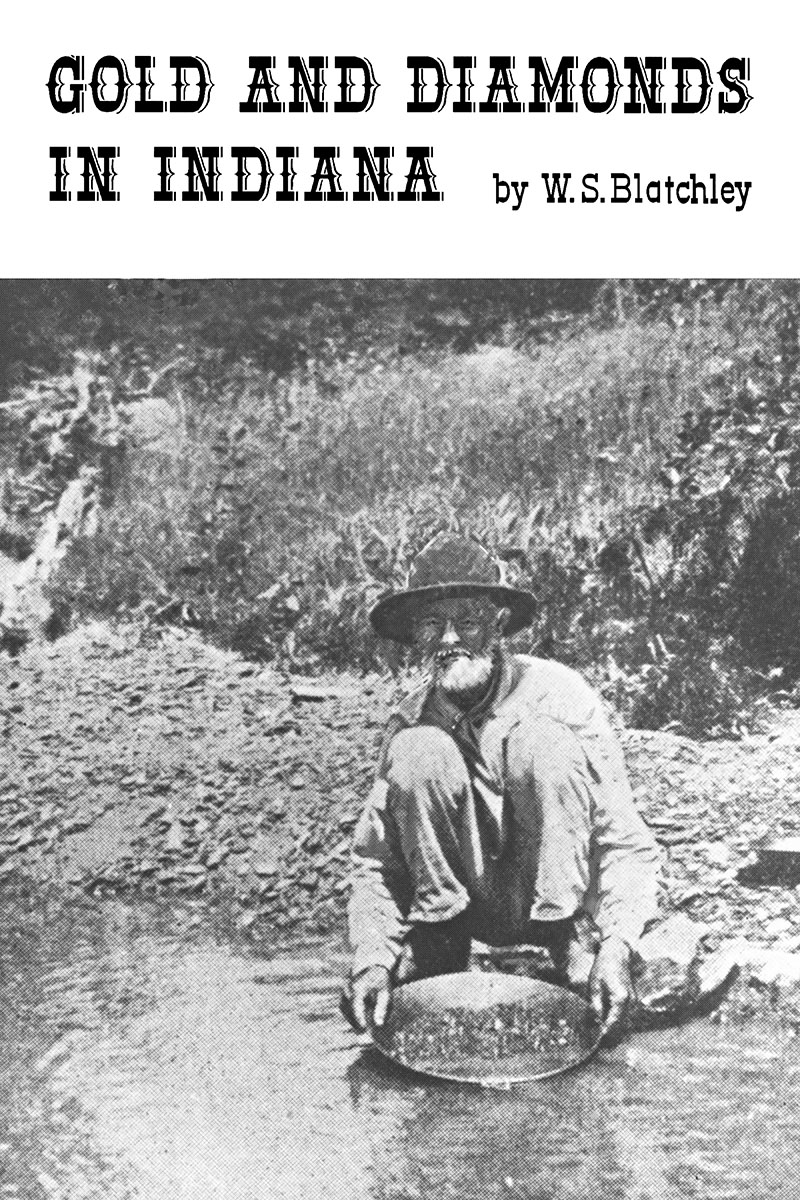 For a half century or longer it has been known that free gold in the form of minute grains and flakes occurs in a number of Indiana counties. Within the past few years this gold has been the subject of numerous articles in the newspapers, and public curiosity and at­tention have, therefore, been drawn to it. Many letters and in­quiries relative to it have been received at the office of the State Geologist, and a large number of persons have called there to secure information regarding the distribution and quantity of gold in the State. Moreover, the natives of Brown and Morgan counties have, while washing gold, happened upon a half dozen or more small diamonds, most of which have been found in the past five years. The finding of these has given additional interest to the question, and has led me to prepare the present paper, giving in detail what is known concern­ing the occurrence and distribution of gold and diamonds in the State. In company with Mr. R. L. Royse, of Martinsville, who has given the subject more careful study than any other one man, a spe­cial trip was made in May, 1902, through those portions of Brown and Morgan counties where the most gold is thought to occur. A second trip was made to Morgan County in October of the same year. From the information gathered on these two trips, as well as from all avail­able printed matter on the subject, the present paper has been pre­pared.