Guide to some minerals and rocks in Indiana (1958) 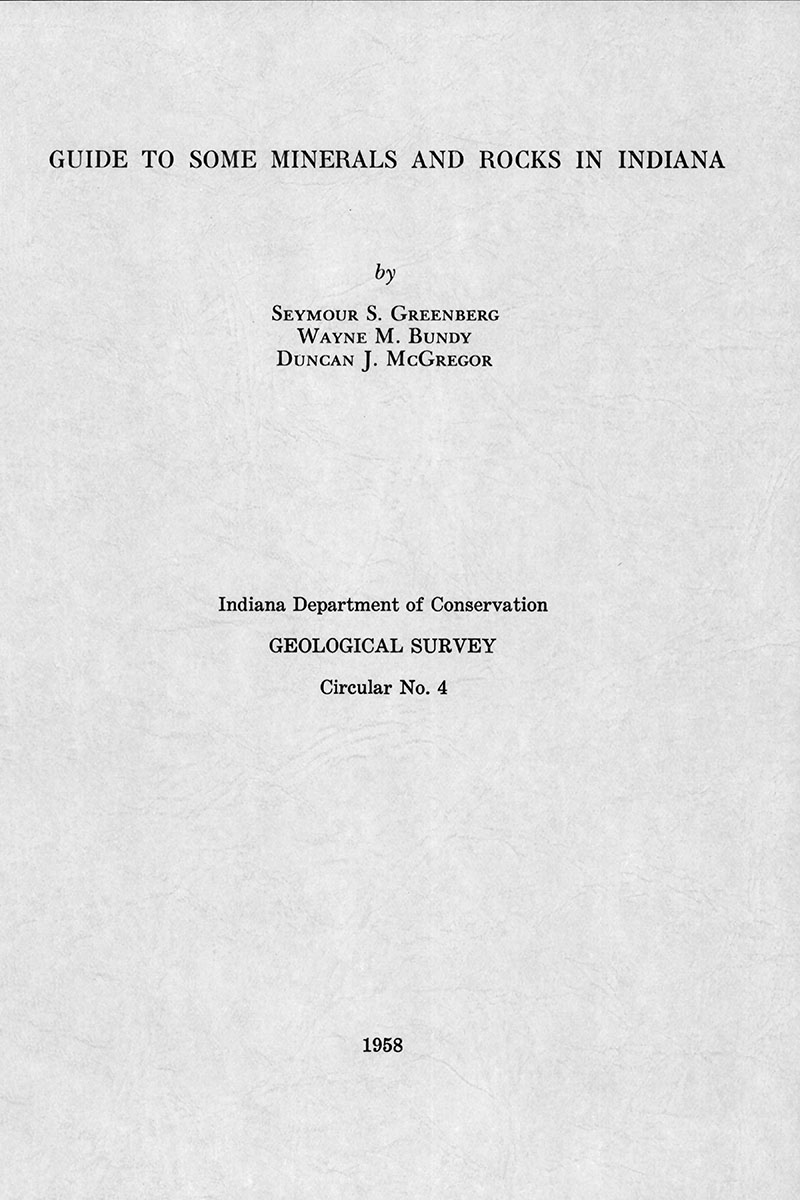 The study of minerals and rocks is an important part of the science of geology, which treats of the history of the earth and its life, especially as recorded in the rocks. Surprisingly many of us accept as commonplace many of nature's creations because they are so familiar. Actually, we can find the earth we live on a fascinating world if only we open our eyes to see it. Geologically, Indiana is an interesting state. It has many fascinating geologic and scenic prospects in its more rugged regions., and even its flat areas possess much interesting geologic phenomenon. At one time or another everyone probably has been curious about some particular rock or other object originating in the earth. But most of us who have been curious about these rocks or objects could not identify them, and thus our curiosity remained unsatisfied because we could find no explanation for their existence. This circular was prepared with the hope that it may satisfy, at least in part, the curiosity aroused by finding rocks or minerals. It is hoped that those who have discovered rocks and minerals will be encouraged to become further acquainted with their finds by using this guide. It is impossible to cover fully in this brief report all the characteristics and variations of each kind of rock and mineral found in Indiana. For detailed information regarding Indiana geology, the reader should consult the more detailed reports of the geological survey and its predecessors.

I Support Science and I Vote sticker

Geology for the public: a field guide to the Lake Michigan shore in Indiana