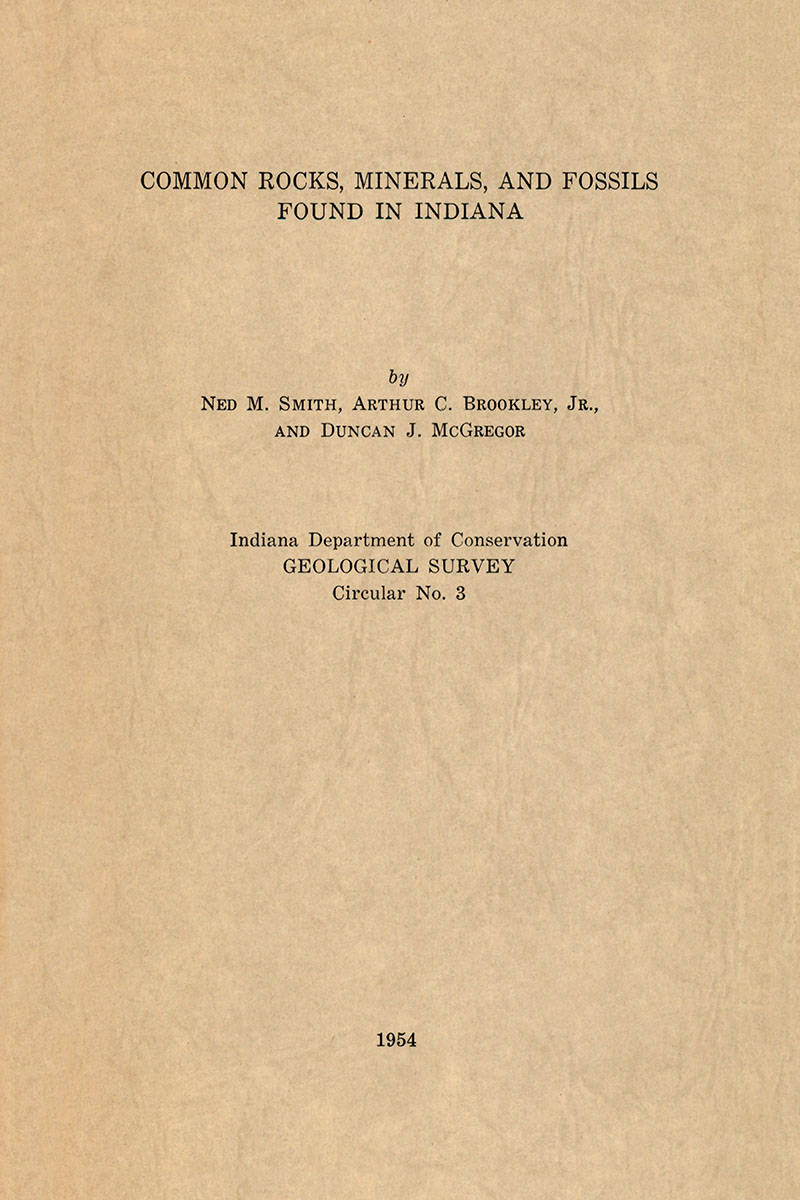 Rocks, minerals, and fossils of Indiana are the foundation, directly or indirectly, of the economic well-being of the state. Utilization of rocks, minerals, and fossils has contributed to the development of civilization. Those persons who have the ability, initiative, and vigor to utilize the earth's mineral resources advantageously are most likely to progress and prosper. One of the responsibilities of the Indiana Geological Survey is the investigation of mineral wealth within the state. Not only should the citizens of Indiana be informed about these resources, but also people in other states should know that Indiana is a mining, as well as an agricultural and a manufacturing, state. Because of rather extensive exploitation of limestone, dolomite, clay) shale, sand, gravel, coal, water, and oil resources in Indiana, more people are becoming aware that the science of geology exists and that much can be gained by an understanding of it. The interest of Hoosiers) as well as other people, in Indiana's rocks, minerals, and fossils is revealed both by the many inquiries received by the geological survey for information concerning Indiana's mineral resources and by the specimen samples sent to the survey for identification. This circular has been prepared, therefore, primarily to accompany a set of common rocks, minerals, and fossils found in Indiana. These specimens are described in some detail in nontechnical terms in order that students in secondary schools, amateur collectors, scout organizations, and other interested persons and groups can become familiar with them. The authors can neither cover fully in this brief report all characteristics and variations of any given specimen nor describe in detail the infinite varieties of each rock, mineral, and fossil found in Indiana. For special information regarding Indiana geology, the reader should consult the more detailed reports of the geological survey and its predecessors. The staff of the Indiana Geological Survey hope that the study of specimen rocks, minerals, and fossils will help in answering some of the questions about Indiana geology.