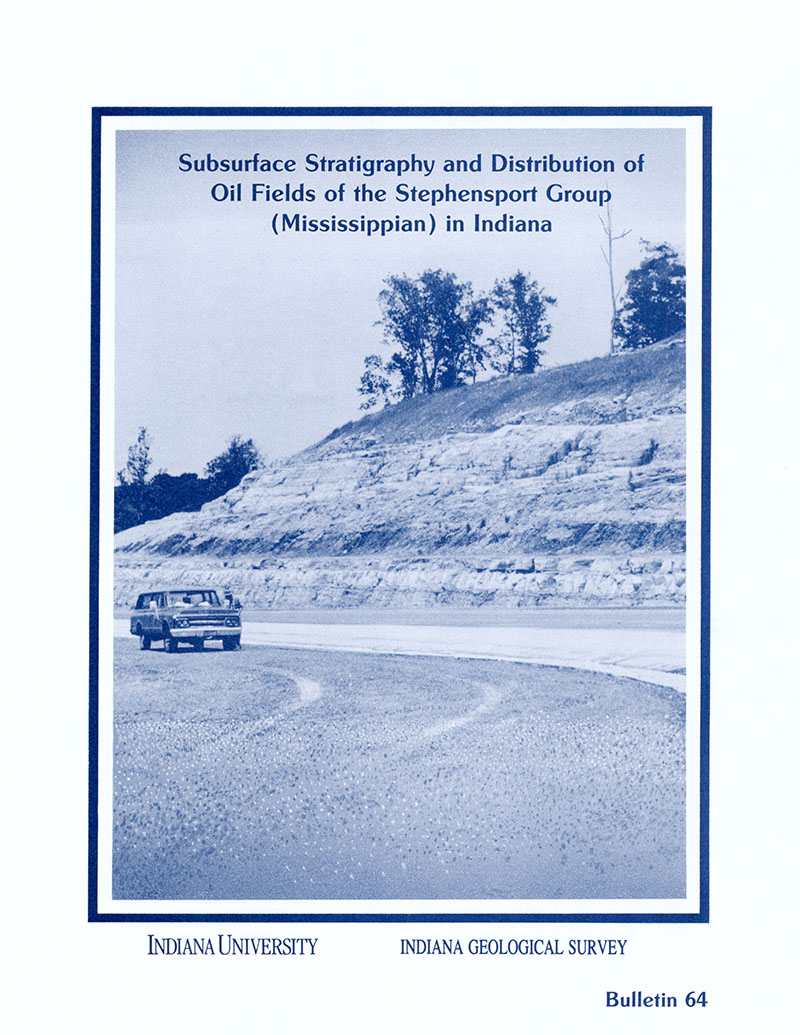 ABSTRACT: The Stephensport Group (Chesterian) of Indiana consists of five formations. In ascending order the Stephensport Group consists of the Beech Creek Limestone, the Big Clifty Formation, and Haney Limestone, the Hardinsburg Formation, and the Glen Dean Limestone. Interpretations of maps and cross sections compiled from subsurface data show the interrelationships among these units with respect to sedimentations, stratigraphy, and petroleum accumulation. The Stephensport Group thickens from 150 feet to more than 300 feet westward and toward the center of the Illinois Basin. General westward thickening is expressed by each of the individual formations except the basal unit, the Beech Creek Limestone, which thins basinward from more than 20 feet thick near its eastern outcrop to 10 feet thick over 90 percent of the remaining area in Indiana. Sandstones in the Big Clifty are prominent throughout the outcrop area but are characterized in the subsurface by two northeast-southwest trending sandstone belts. Sandstones in the Hardinsburg are variously distributed except in a north-south trending belt where net sandstone thickness exceeds 100 feet. Within this thick sandstone belt the underlying Haney Limestone, normally 40 feel thick, thins and in places is absent. The thick Hardinsburg belt sandstones resulted from more or less contemporaneous scouring and deposition of quartz sand by marine currents in low areas on the sea floor that were produced by locally increased rates of subsidence controlled by basement mechanics. Teerrigenous clastics originated north and east of the Illinois Basin and were transported by three separate rive systems to a tidal-dominated, deltaic depositional environment. The Big Clifty and Hardinsburg contain sandstone reservoirs which have produced 24,338,000 barrels of oil in Indiana