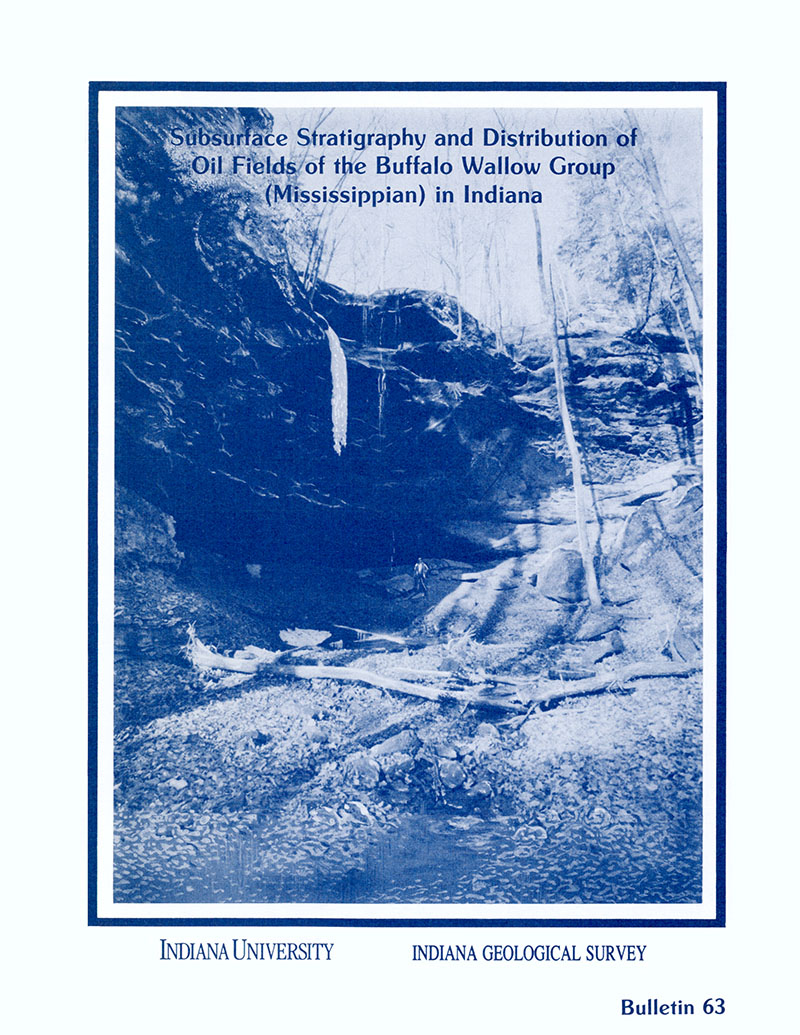 ABSTRACT: The Buffalo Wallow Group in Indiana contains all Mississippian rocks above the Glen Dean Limestone and ranges in thickness from zero at its eroded outcrop and subcrop limits to as much as 675 feet in Posey County. The nine named formations of the group in the subsurface are identified with units in the standard upper Chesterian section, and these formations retain the general stratigraphic nomenclature previously used for the subsurface of Indiana. The Waltersburg Sandstone, the Palestine Sandstone, and the Degonia Sandstone are renamed the Waltersburg Formation, the Palestine Formation, and the Degonia Formation. The Clore Limestone is renamed the Clore Formation. The Walche Limestone Member is adopted for use in Indiana as the basal member of the Menard Limestone and is correlated with the Leopold Limestone Member of the Branchville Formation in the area of outcrop. The Mount Pleasant Sandstone Member, a unit in the Tobinsport Formation in the area of outcrop, is adopted for its use in the subsurface as a member of the Clore Formation. The Kinkaid Limestone is defined as consisting of three members; in ascending order they are Negli Creek Limestone Member, the Cave Hill Shale Member, and the Goreville Limestone Member.