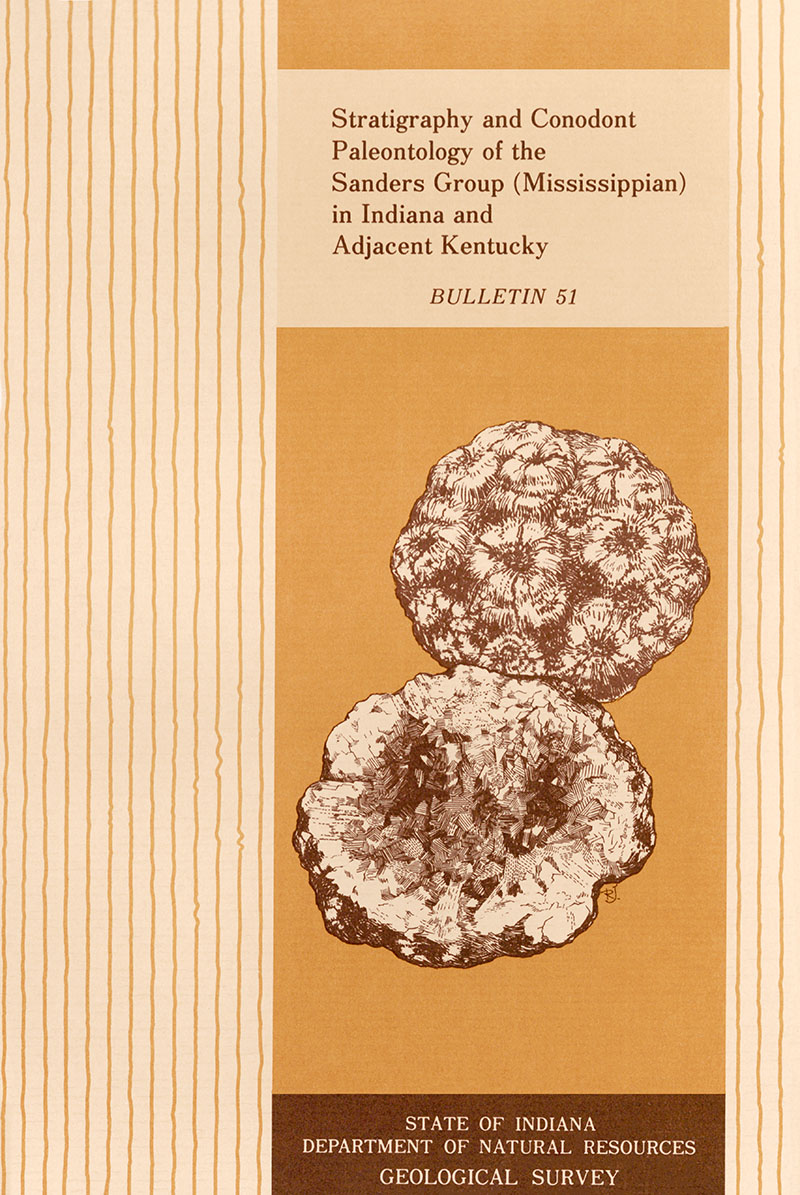 ABSTRACT: Sixteen sections, including four cores, were measured and collected for conodont biostratigraphic study from rocks of the Valmeyeran Series (Mississippian) in Indiana and adjacent Kentucky. Samples were obtained from the Edwardsville, Muldraugh, and Ramp Creek Formations and the Harrodsburg, Salem, and St. Louis Limestones, but study of the Edwardsville and St. Louis was limited primarily to placement of the boundaries of the Sanders Group. As a result of new field interpretations, the following stratigraphic revisions are made: The Edwardsville is returned to the rank of formation, and the Muldraugh is restricted to a carbonate facies that is exposed only in southernmost Indiana and in Kentucky. The Ramp Creek is raised to formational rank and included in the Sanders Group. The Leesville and Guthrie Creek are reduced from members of the Harrodsburg to the rank of named beds in that formation. A dolomitic silty shale at the base of the Salem Limestone is recognized as the Somerset Shale Member. Approximately 8,000 conodonts, including fragments, were recovered and about half were identified to genus or species. One multielement species, Idioprioniodus paraclaviger (Rexroad), containing six disjunct species is recognized. In addition, 11 disjunct species are present and cannot be assigned to multielement species. The Gnathodus texanus-Taphrognathus Zone is represented in the Edwardsville Formation and most of the Ramp Creek and Muldraugh Formations, and the Taphrognathus varians-Apatognathus Zone in the uppermost part of the last two and in the Harrodsburg and Salem Limestones. Conodonts of the next zone above, the Apatognathus scalenus-Cavusgnathus Zones, were found in the St. Louis Limestone. The Ramp Creek and Muldraugh Formations equate approximately with the upper part of the Keokuk Limestone of the Mississippi Valley, the Harrodsburg with the Warsaw Shale, and the Salem and St. Louis of Indiana with their counterparts to the west. The formational boundaries, however, seem to be slightly younger in Indiana than in the Mississippi Valley.

The Sanders Group and subjacent Muldraugh Formation (Mississippian) in Indiana

Bedrock geologic map of the northern half of the Bedford 30- x 60-minute quadrangle, Indiana