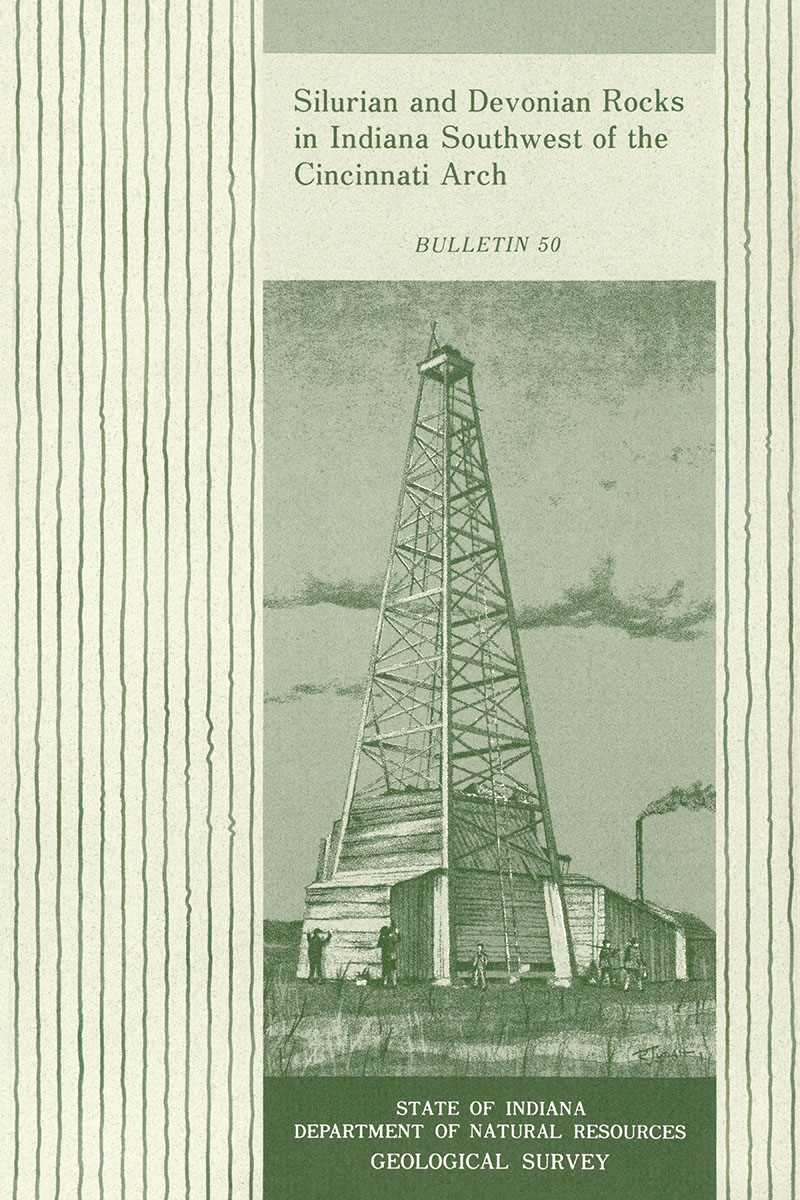 ABSTRACT: Silurian and Devonian rocks in Indiana extend from the outcrop along the west flank of the Cincinnati Arch southward into the deep part of the Illinois Basin. Rocks of the two systems are subdivided on the basis of their lithologic characteristics. Initial Silurian deposition was characterized by carbonate rocks and cherty carbonate rocks that had their greatest thickness in the deep part of the basin along the Indiana-Illinois state line. Later the Illinois Basin subsided more rapidly than Silurian sediments could fill it and a starved basin developed, but updip to the northeast thick Silurian deposits accumulated on the bordering shelf. Reefs grew along the margin of the deep-water, starved basin. In the deep part of the basin about 1,000 feet of lower Devonian cherty carbonate rocks accumulated. Middle Devonian fossiliferous carbonate rocks containing a little well-rounded and well-sorted quartz sand extend from the Cincinnati Arch west-ward across Indiana. The upper Devonian is primarily black shale. No commercial oil has been produced from the Silurian or lower Devonian rocks in Indiana. Middle Devonian carbonate rocks, however, have produced an estimated 17 million barrels of petroleum (year end 1973). Additional middle Devonian production might be found where porous middle Devonian carbonates overlie Silurian reefs. Commercial gas has been produced from the New Albany Shale. The black New Albany shales, when subjected to thermal treatment, yield a low oil content.