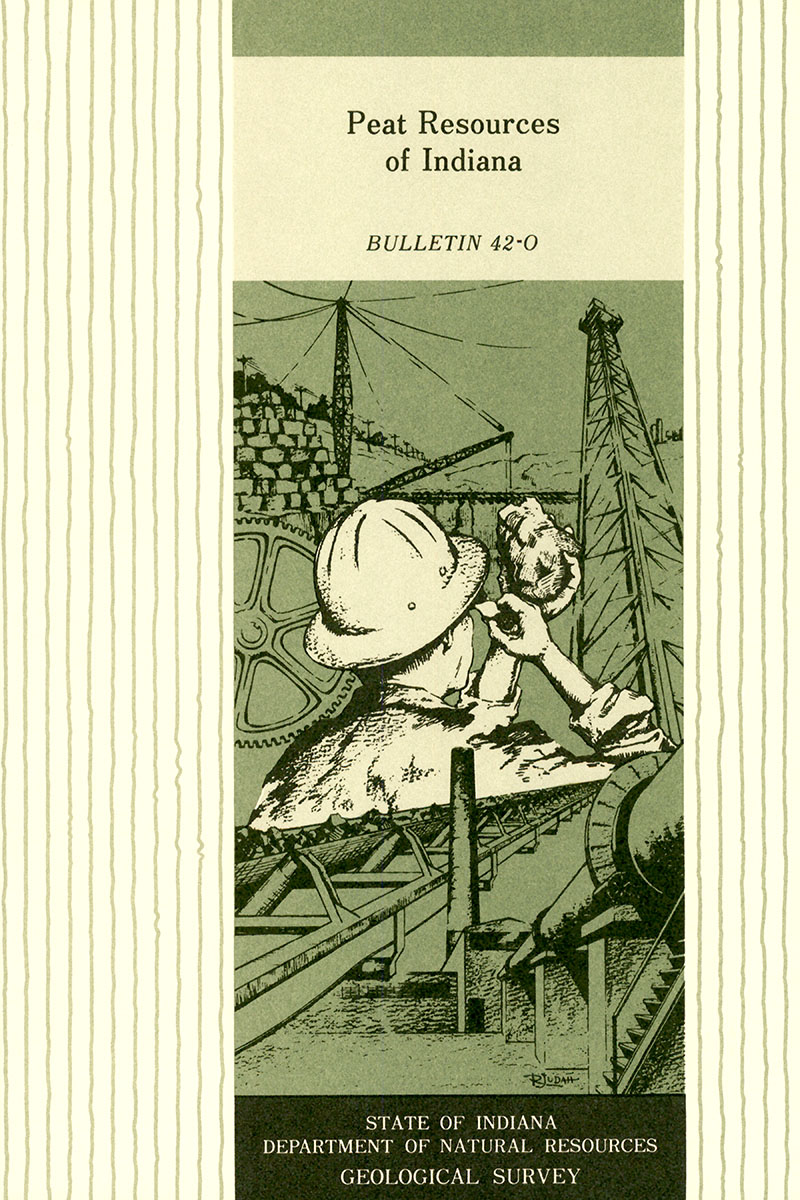 INTRODUCTION: Peat, like coal and petroleum, is a mineral fuel. It has been used for centuries in many parts of the world, particularly in northern Europe and the Soviet Union, for domestic heating and cooking. In addition, huge quantities of peat are used for generating electric power, particularly in Russia and Ireland; some power stations that supply electricity for large cities and even whole republics are entirely peat fired (Kazakov, 1953, p. 141). In the United States, however, peat has never been extensively used as a fuel because it has not been able to compete with coal, which not only is abundant but also is far superior to peat as an energy-producing material. Earlier in this century some peat was used for home heating, and some experimental peat-fueled power plants have been built. In Russia peat with a moisture content of 40 to 50 percent and an ash content lower than 12 percent has been a source for artificial gas and hydrocarbon by-products. The gas from peat has a higher caloric value than that produced from gasification of coal because peat contains more volatile components than coal. Currently no peat is sold for fuel or energy in the United States. It is used in this county mainly for horticulture, and as a consequence, Americans do not generally think of peat as a mineral fuel. Peat is not one of Indiana's major mineral resources in terms of either production or reserves. Annual production and sales in the state during the last decade have approximated $500,000, a figure that represents well under 1 percent of Indiana's yearly output of mineral resources. During the past quarter-century, however, Indiana has consistently ranked in the top 10 states in the nation in peat production. Most (90 to 95 percent) of the peat dug each year in Indiana is sold for general soil improvement. Most Indiana peat is produced by small, part-time operations; in 1976 only three companies had the equipment needed to process and bag large quantities of peat for shipment of many tens of thousands of tons. By way of contrast, some single pits in Russia produce as much as 1 million tons of peat per year (Kazakov, 1956, p. 31).