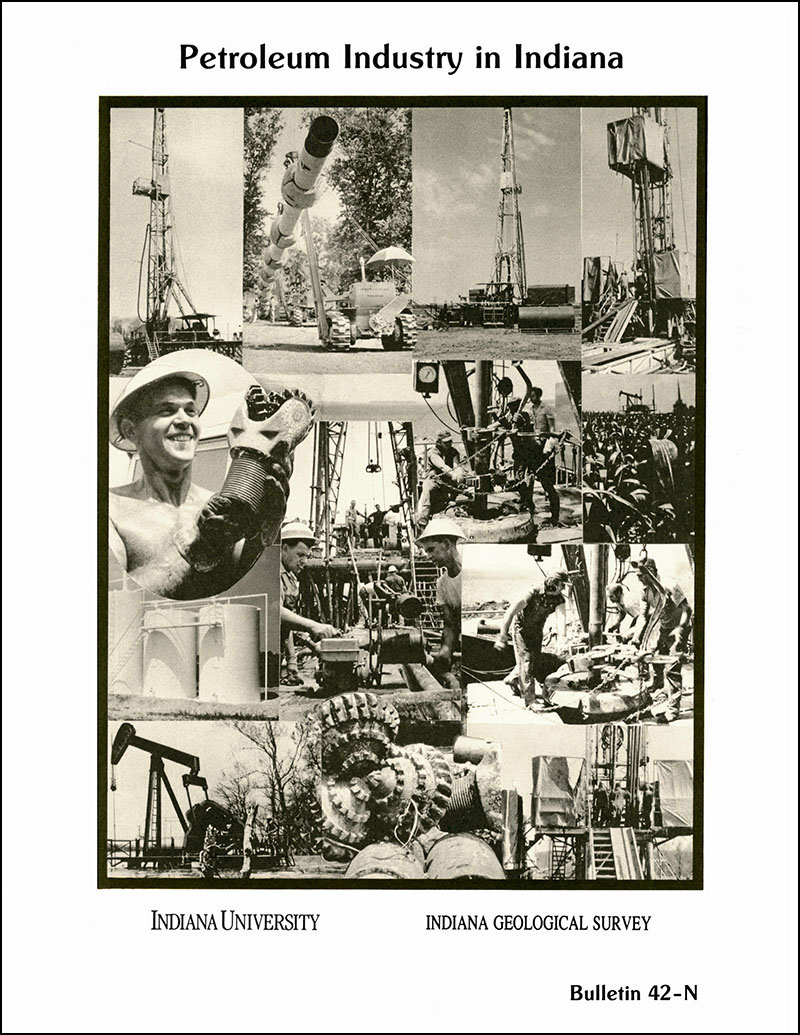 INTRODUCTION: Petroleum has fascinated mankind since its earliest discovery. Petroleum production in Indiana began in 1886, has continued without interruption to the present, and will continue into the foreseeable future. Exact gas production figures are unknown but exceed a trillion cubic feet. Crude oil production exceeded 516 million barrels through 1989. Of the 31 oil-producing states, Indiana ranked twenty- second in annual production in 1989. (Crude oil and natural gas are so closely related in nature that they will be treated together under the general heading of petroleum.) The small independent oil companies are the backbone of the petroleum industry in Indiana. They range in size from those that only have a few employees to some that have many. The large international "major" companies conduct limited operations here. Independents drill most of our oil and gas test wells, and they produce most of our oil. The geology of petroleum from its origin to its production is summarized in a general way in this report. Emphasis is designed not to make the reader and expert but to inform him of the general geology involved in petroleum accumulation. Petroleum geology is indeed a complex and fascinating subject to many people. We hope that this report results in a better understanding of the petroleum industry.