Sand and gravel resources of Indiana (1970) 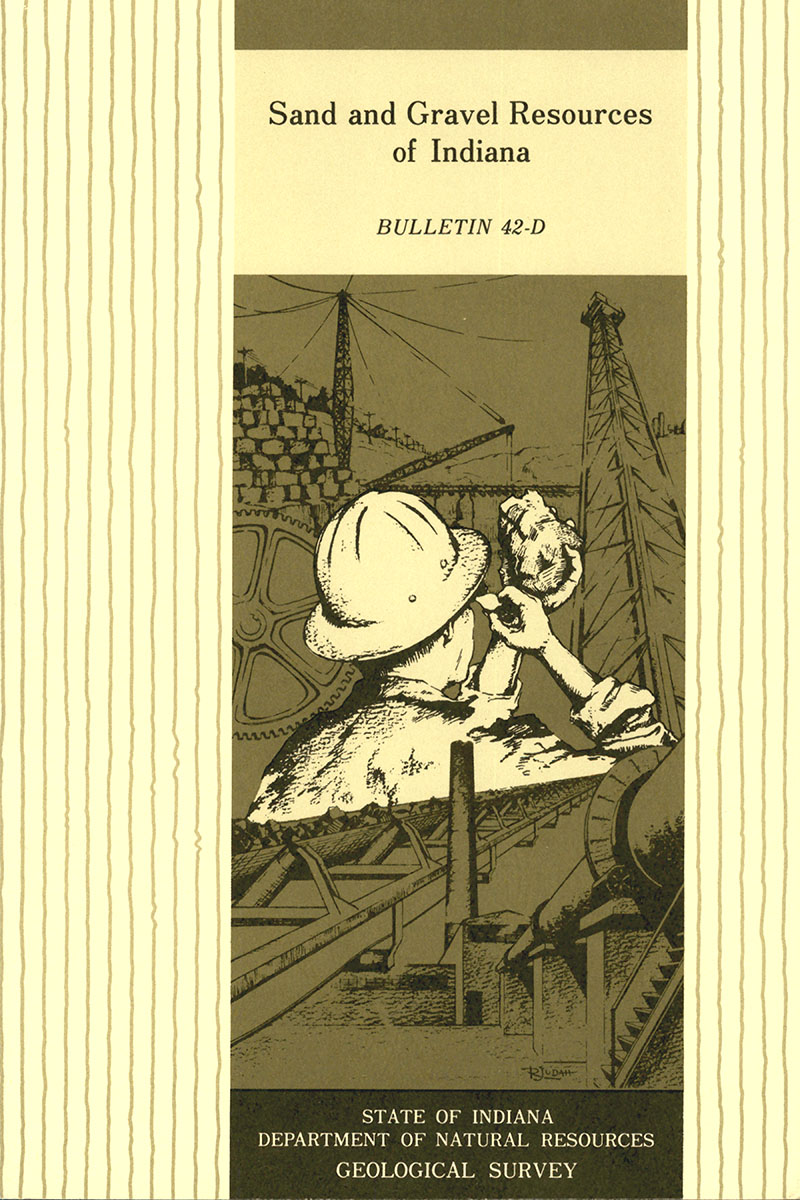 INTRODUCTION: Sand and gravel are unconsolidated granular materials resulting from the natural disintegration of rocks. Unlike most other mineral commodities they are defined in terms of particle size rather than mineral or chemical composition. In general, sand is a detrital material consisting of rock and mineral fragments that are less than 2 millimeters and greater than one-sixteenth millimeter in diameter. Gravel is a coarse detrital material consisting of rounded or partly rounded fragments of rocks and minerals greater than 2 millimeters in diameter. The upper size range, although variable, is considered to be 3 ½ to 4 inches. Sand and gravel are used in large quantities as a base or sub-grade material for highways, as roadstone on unpaved roads and as fill material. Another important use is as aggregate or the framework component in concrete, mortar, or bituminous mixes. Each year vast quantities of sand and gravel are used in making highways, bridges, dams, runways, foundations, and buildings. During 1968 sand and gravel production in Indiana, exclusive of specialty sands, was 25,774,000 tons and was valued at $26,160,000.

Map showing location of sand and gravel pits in Indiana

Locations of sand and gravel operations in Indiana