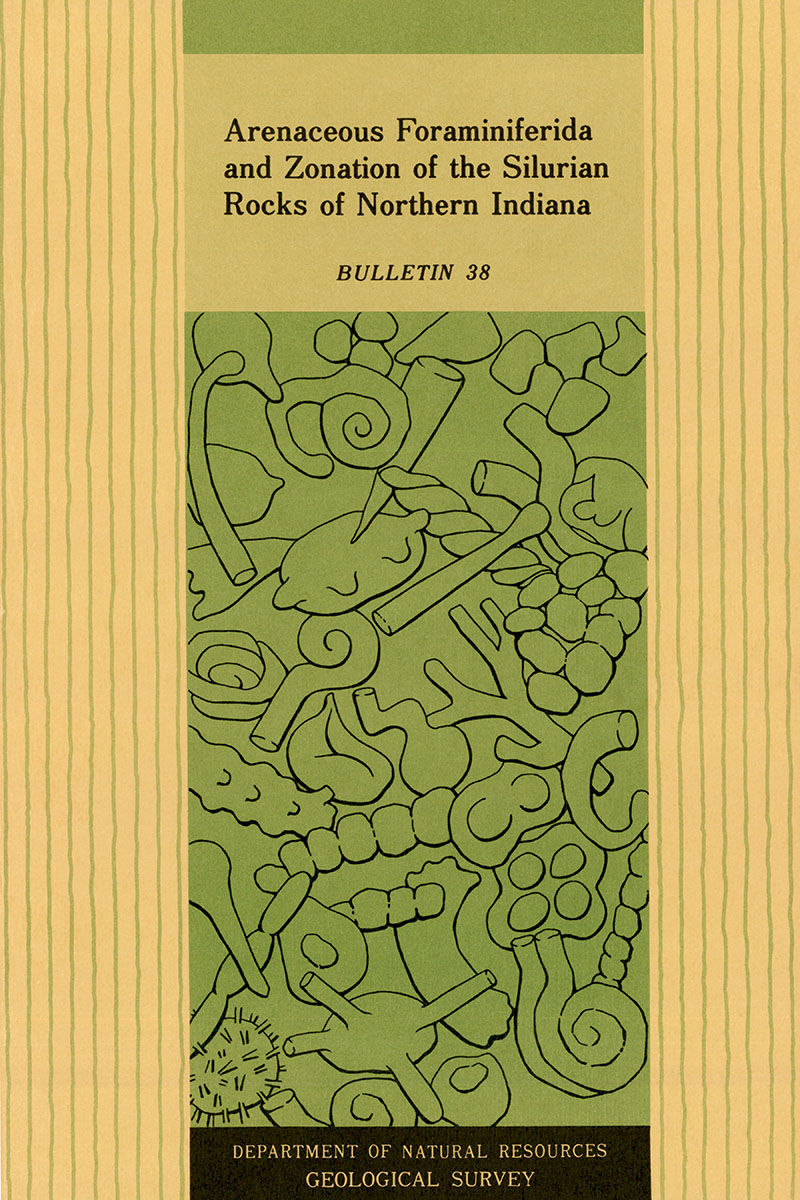 ABSTRACT: This report describes 82 species belonging to 31 genera of Silurian Foraminiferida recovered from cores from five deep wells and drill holes in Allen, Delaware, Howard, Marion, and Newton Counties, northern Indiana. The Families Ammodiscidae Reuss, Astrorhizidae Brady, and Saccamminidae Brady represent the Superfamily Ammodiscacea Reuss; the Family of Hormosinidae Haeckel represents the Superfamily Lituolacea de Blainville. The species Ammodiscus constrictodilatus, Lituotuba recurva, Tholosina phrixotheca, and Psammonyx ceratospirillus are new. Metamorphina, a recently new name, is used for those forms previously assigned to Webbinella Rhumbler that cannot properly be included in either Webbinelloidea Steward and Lampe or Hemisphaerammina Loeblich and Tappan. Silurian rocks of the area are studied that are pre-Cayugan in age are assigned to three biostratigraphic zones: the Turritellella Assemblage Zone, the Ammodiscus-Thurammina Assemblage Zone, and the Ammodiscus-Lituotuba Assemblage Zone. The Turritellella Assemblage Zone is restricted to the lowermost part of the Salamonie Dolomite in northwestern and north-central Indiana and to the lowermost part of the Salamonie and the underlying Brassfield Limestone in east-central and southeastern Indiana. The Ammodiscus-Thurammina Assemblage Zone includes the middle and upper parts of the Salamonie Dolomite, as represented in the drill hole in Marion County. The Ammodiscus-Lituotuba Assemblage Zone includes the Louisville Limestone and the Wabash Formation. The Salina Formation, here represented by the Kokomo Limestone Member and other Salina strata, contains sparsely represented ammodiscids and astrorhizids; they are not assigned to any zone. Common associates of the Silurian Foraminiferida are crinoids, brachiopods, conodonts, scolecodonts, ostracods, graptolites, and sponges. Certain of these faunal associates are common residents of shallow marine shelf environments. One preferential rock type for large forminiferal assemblages is granular relatively pure biofragmental limestone or dolomite, such as that in the Salamonie Dolomite, which has been interpreted as representing optimum conditions for shallow marine invertebrate species. Generally the foraminifers are either represented sparsely or are lacking in cherty and argillaceous rocks of the Wabash Formation and in reef sections; discounting diagenesis, preservation, and other postdepositional phenomena, the foraminifers may not have preferred the primary environments indicated by these rock types.