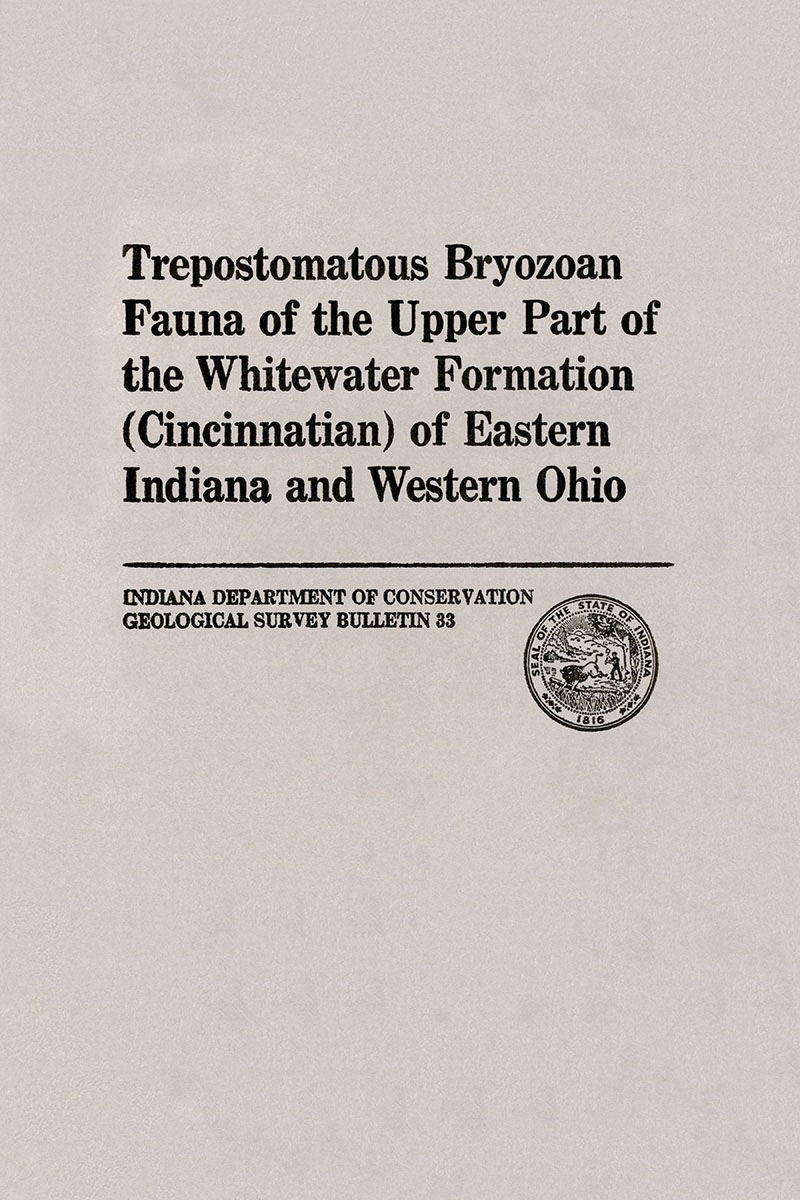 ABSTRACT: Bryozoan faunas from the upper part of the Whitewater Formation of the Richmond Group (Cincinnatian) have hitherto received scant attention. The Elkhorn Formation of former authors does not appear to be a distinct rock-stratigraphic unit. We herein propose abandoning the term Elkhorn Formation and thus refer all of our studied material to the upper part of the Whitewater Formation. Rocks in the upper part of the Whitewater are thus equivalent to the Elkhorn Formation and upper Whitewater beds of earlier authors. Thirty-five species of trepostomatous bryozoans from the upper part of the Whitewater Formation of eastern Indiana and western Ohio include nine new species assigned to the genera Hymotrypella Ulrich, Mesotrypa Ulrich, Penonopora Nicholson, Amplexopora Ulrich, Rhombotrypa Ulrich & Bassler, Batostoma Ulrich, Cyphotrypa Ulrich & Bassler, and Hallopora Bassler. The most abundant family in terms of number of genera, species, and specimens is the Monticuliporidae; this family has 5 genera and 19 species in the described fauna. Homotrypa Ulrich is the most abundant genus in number of species and specimens; the upper Whitewater bryozoan fauna includes eight species of Homotrypa. The most common species, in order of abundance, are: Stigmatella personata Ulrich & Bassler, Homotrypella hospitalis (Nicholson), Homotrypa wortheni (James), Homotrypa flabellaris Ulrich, Hallopora congrua Utgaard & Perry, and Homotrypella cumingsi Utgaard & Perry. We include statistical summaries of measurements of significant taxonomic characters fro each described species. These summaries include the range of variability, mode, mean, standard deviation, number of measurements used, and number of specimens measured. We strongly recommend that future descriptions of trepostomatous bryozoan species include statistical summaries of measurements of taxonomic characters because they aid greatly in differentiating closely allied species. Further, such summaries are useful in establishing phyletic lineages of bryozoan species.

Lithostratigraphy of the Maquoketa Group (Ordovician) in Indiana