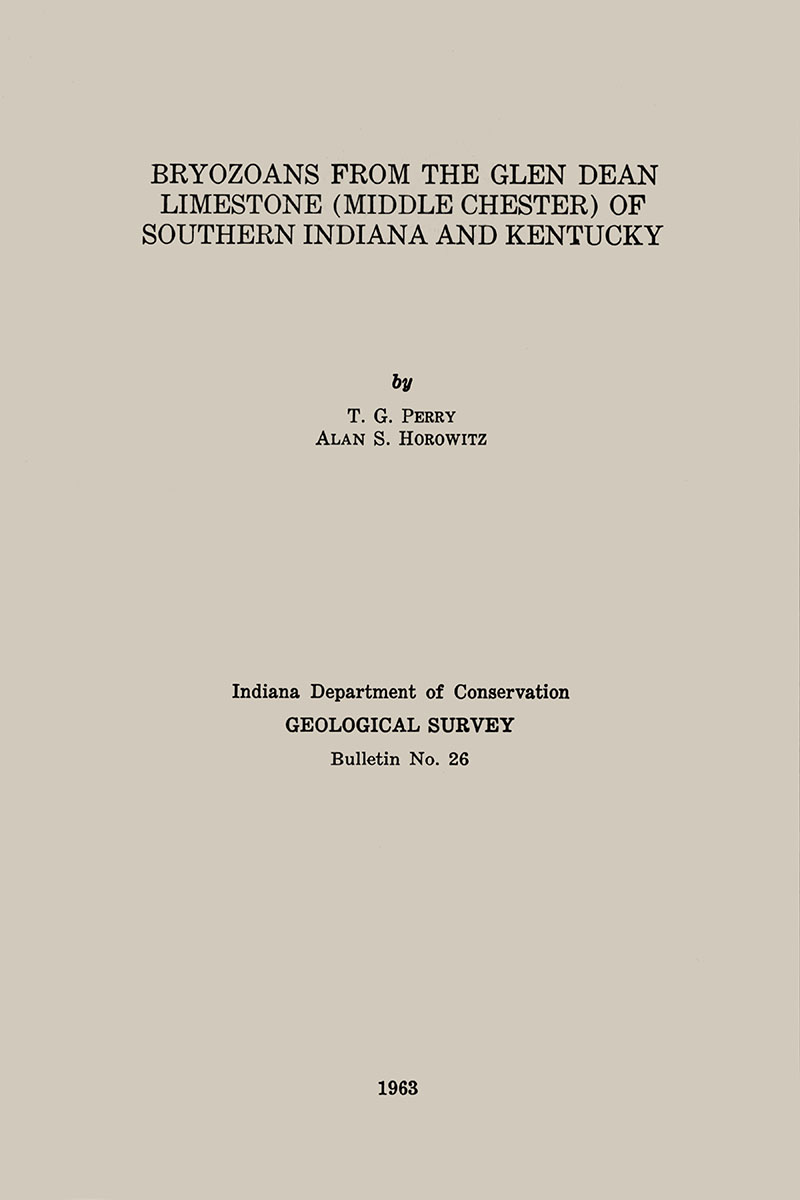 ABSTRACT: Several hundred specimens of bryozoans from the Glen Dean Limestone (middle Chester), obtained from 11 exposures in south-central Indiana and from 5 sections in Kentucky, have been assigned to the genera Fistulipora McCoy, Eridopora Ulrich, Meekopora Ulrich, Prismopora Hall, Anisotrypa Ulrich, Tabulipora Young, and Archimedes Owen. Twenty-four species are recognized, and fourteen of these include axes of Archimedes. The genera Fistulipora and Tabulipora are each represented by three species, and a single species is assigned to each of the remaining genera. The most abundant Glen Dean species in our collections is Tabulipora ramosa (Ulrich), which may serve to distinguish the Glen Dean and Golconda. Although some species of Archimedes, such as A. distans Ulrich, A. invaginatus Ulrich, and A. terebribormis Ulrich, are widespread, they are not abundant, and, conversely, species which are locally abundant are not very widespread. Two new species of Fistulipora, F. confinis and F. perdensa, are recognized; statistical analyses of these species indicate that their Glen Dean and Golconda representatives cannot be distinguished structurally. On new species of Tabulipora, T. penerudis, is established.

Conodonts from the Menard Formation (Chester Series) of the Illinois Basin