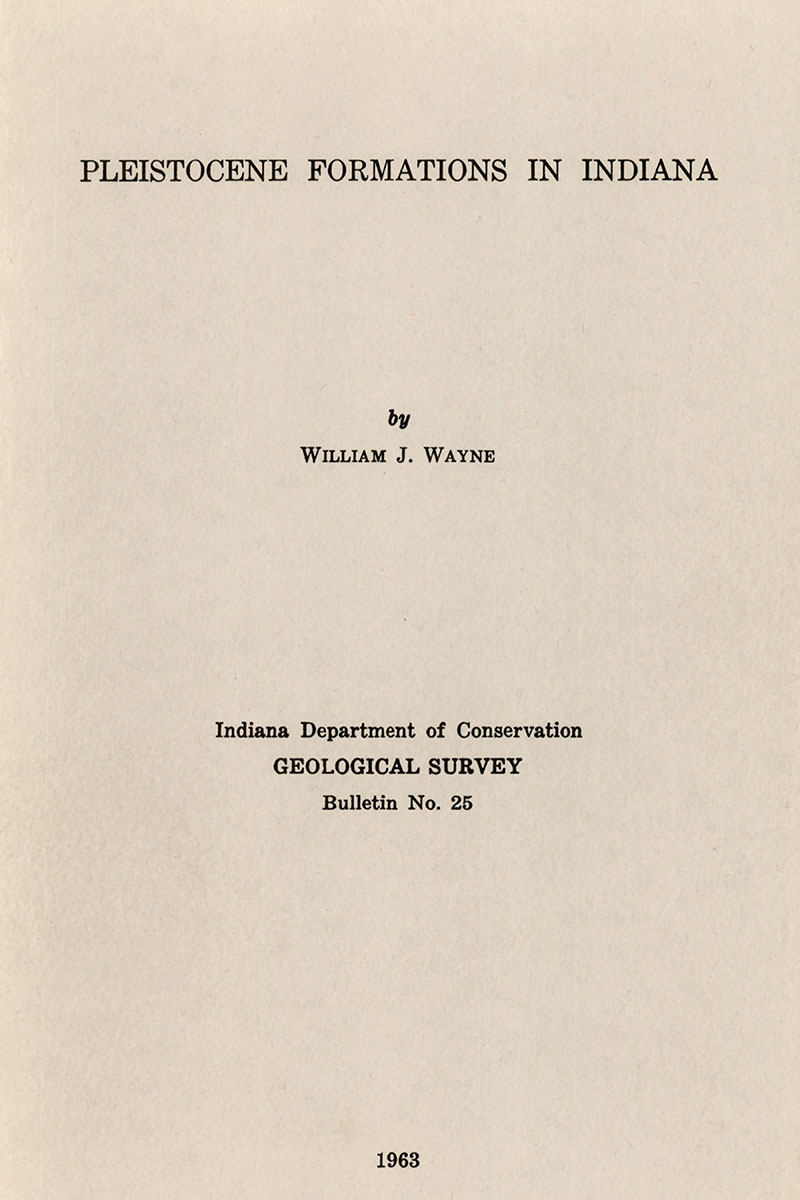 ABSTRACT: The system of stratigraphic classification used in North America for all sedimentary rock units except nonmarine deposits of the Pleistocene Series established groups, formations, and smaller units based on objectively determined characteristics of the rocks and not on geomorphology or subjective features, such as geologic time. Not all students of the nonmarine Pleistocene have kept these two kinds of units distinct from each other. The Pleistocene sediments of Indiana and the surrounding States are continental in origin rather than marine, and thus they show far less lithologic homogeneity than sediments and rocks of marine origin. Nevertheless, these Pleistocene sediments can and should be grouped into logical and usable formational units by means of lithologic characteristics. A classification based on lithologic characteristics omits units that are wholly geomorphic, such as terraces, but it does not change many time-lithic units that are now shown on most surficial geologic maps. Instead, these units are given names as formations or members or are regarded as facies. Three of the six formations proposed in this study of Pleistocene sediments in Indiana, the Jessup, Trafalgar, and Lagro Formations, are composed dominantly of glacially deposited mudstone or till. These formations have upper and lower contacts that coincide with unconformities within the Pleistocene. Other unconformities permit the separation of the Jessup and Trafalgar Formations into members, named here the Cloverdale, Butlerville, Center Grove, and Cartersburg Till Members. These unconformities generally are marked by key beds, such as paleosols and thin fossiliferous beds. The remaining three units, the Prospect, Atherton, and Martinsville Formations, consist of several related lithofacies, through most of which significant unconformities are difficult or impossible to trace. This method of classification permits local names to be designated for lithostratigraphic units in the Pleistocene Series that are useful in field studies in Indiana. These units are particularly valuable for use in problems that frequently arise in correlating rocks within a finely divided time sequence. By means of a classification system for Pleistocene sediments, existing terminology of glaciations can be referred to readily and can be correlated as a kind of geologic-time stratigraphy. Fossil mollusks are found in two of the facies of the Atherton Formation and in thin beds of silt between barren mudstones in the Jessup and Trafalgar Formations. Largely because of environmental changes, the assemblages differ from unit to unit in vertical succession, but differences are slight. Three range zones based on forms of Succinea are named, in descending order, the S. vermeta, S. gelida, and S. gelida var. Range Zones. In addition, the fossiliferous parts of the key beds that separate formations and members are termed the lower, middle, and upper Hendersonia occulta beds and the Vertigo alpestris oughtoni bed.