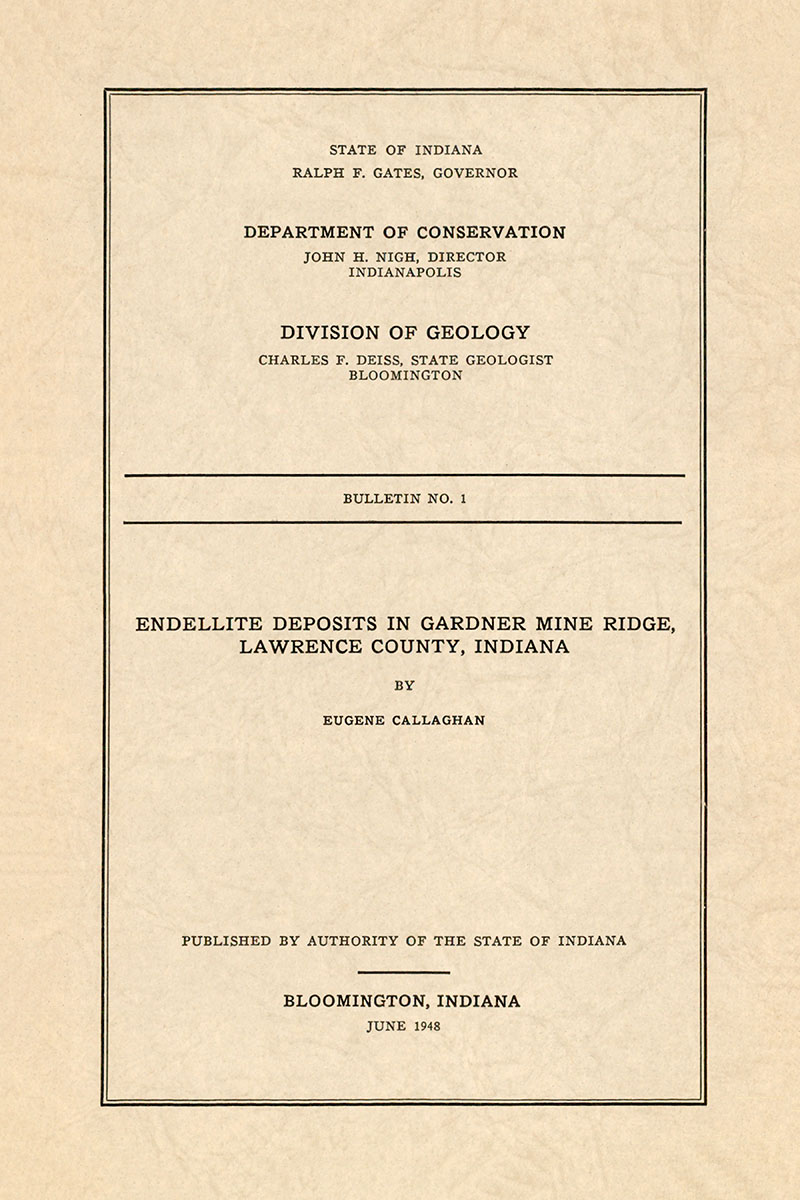 Bulletin 1 Abstract: Endellite, the fully hydrated clay mineral of the group in which halloysite is the least hydrated, is the principal mineral constituent of indianaite which was the first described in 1874 as occurring in Lawrence County, Indiana. Associated with the endellite are minor amounts of halloysite and some allophane or allophane-evansite. The clay fraction of the highly ferruginous "mahogany" clay of these deposits also was found to be endellite. Bodies of clay in Gardner Mine Ridge occur at the erosional contact of the Pennsylvanian Mansfield sandstone with underlying Mississippian formations of the Chester group or occur as cavity fillings within the sandstone a few feet above the contract. Both the massive gray clay, nearly free of iron oxide, and the ferruginous mahogany clay are probably remnants of a soil layer on the Mississippian rocks that was buried by the Pennsylvanian sediments and subsequently changed to endellite. Clay minerals in the cavities were precipitated from solutions that possibly derived their aluminous and siliceous constituents from the residual soils or underlying shales. Reorganization following initial deposition probably accounts for the conspicuous nodules of endellite that occur in all three forms of the clay. Owing to their complex origin, individual bodies of the non-ferruginous endellite are small, probably in the order of 20,000 tons.

Clays and shales of Indiana

Locations of clay and shale operations in Indiana

Pennsylvanian underclays—Potential bonding clays for use in foundries

Clay and shale resources of Indiana