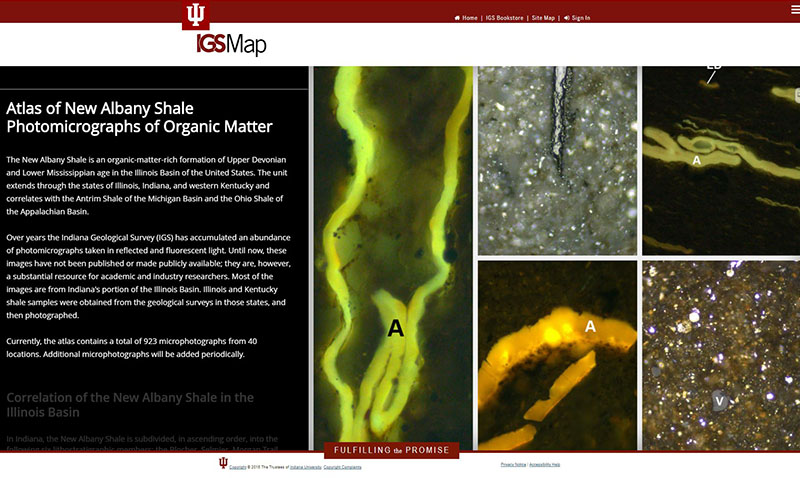 The New Albany Shale is an organic-matter-rich formation of Upper Devonian and Lower Mississippian age in the Illinois Basin of the United States. The unit extends through the states of Illinois, Indiana, and western Kentucky and correlates with the Antrim Shale of the Michigan Basin and the Ohio Shale of the Appalachian Basin. Over years the Indiana Geological Survey (IGS) has accumulated an abundance of photomicrographs taken in reflected and fluorescent light. Until now, these images have not been published or made publicly available; they are, however, a substantial resource for academic and industry researchers. Most of the images are from Indiana's portion of the Illinois Basin. Illinois and Kentucky shale samples were obtained from the geological surveys in those states, and then photographed. Currently, the atlas contains a total of 923 microphotographs from 40 locations. Additional microphotographs will be added periodically.