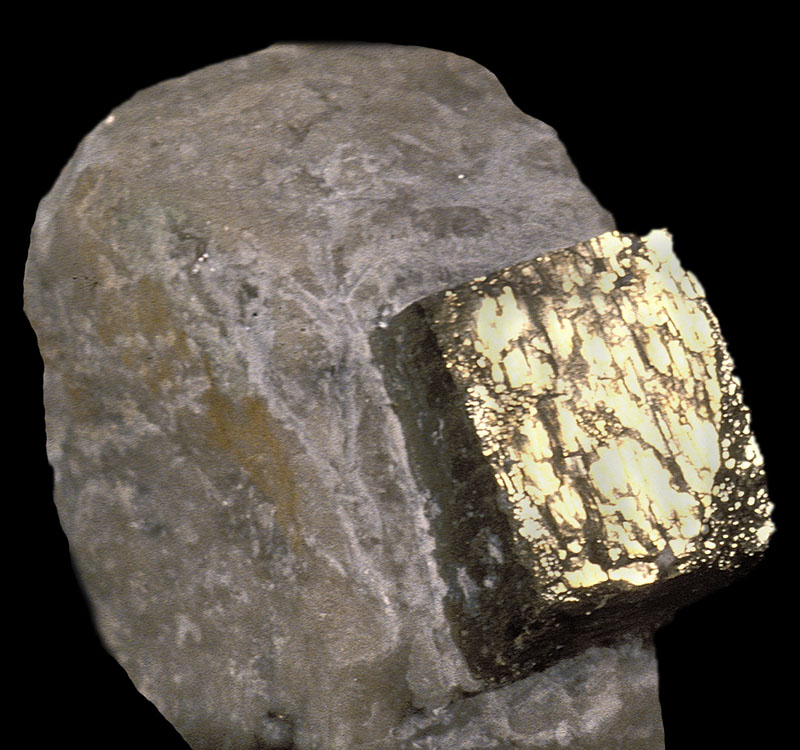 Pyrite is a pretty mineral (Fig. 1) common to Indiana, but it also has a dark side. It is composed of iron (Fe) and Sulfur (S) with a chemical formula of FeS2. Atoms are arranged in an isometric crystal structure (Fig. 2) that makes cubic crystals. It shows a brassy, bright metallic luster when fresh, but readily tarnishes to dull surfaces upon exposure (Fig. 3A). Further weathering can reduce the pyrite to fuzzy, acrid sulfate minerals that are readily soluble in acid (Fig. 3B). Pyrite does not show cleavage. It is dense with specific gravity of approximately 5 and its scratch hardness is 6 - 6.5.

Pyrite is found in small amounts all over the state in many different rock types. It is most abundant in coal beds of southwestern Indiana. It can even make up 2 to 3 percent of some coal beds. It is also common in organic-rich shales, but less so in the gray silty shales so common in central Indiana. Limestones host smaller amounts of pyrite that often weathers to hematite. Small but nicely crystallized pyrite occurs occasionally in geodes . Pyrite is one of the showiest of Indiana crystals and fine pyrite crystals from Indiana are common. Crystal spheres of pyrite (Fig. 4) from the New Albany Shale are often collected and displayed. Odd stalactite pyrite was found especially at the now closed Pleasant Ridge Quarry in Jasper County. Small but nice pyrite specimens are easily found all over Indiana. 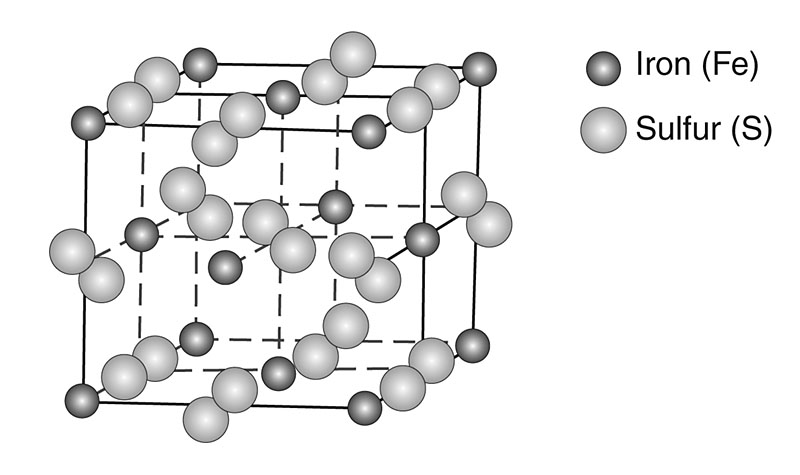 Pyrite's dark side is because it weathers easily to form acid mine drainage that can adversely affect coal mined lands. In mineral collections it can deteriorate and ruin other minerals in the collection and in aggregate, it can rust out leaving iron stains on concrete buildings and in pavement. A second problem with pyrite is that when it is burned as an impurity in coal, it forms sulfuric acid that can promote acid rain with many negative effects. Limestone can be used in large flue gas desulfurization reactors to remove the sulfur compounds from power plant gases.

Like calcite, pyrite has a polymorph called marcasite (FeS2). It is rarer and much more easily degraded. Marcasite forms in orthorhombic bladed crystals. Related minerals of the sulfide family include sphalerite (ZnS) and galena (PbS). 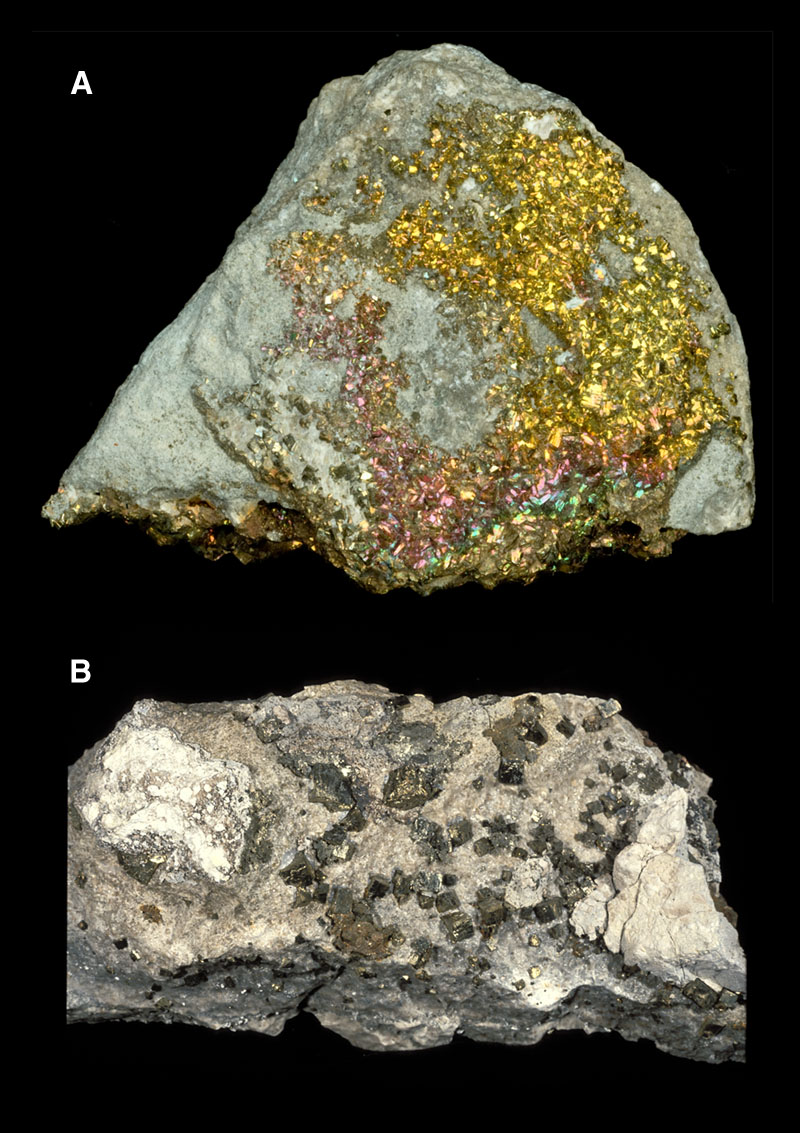 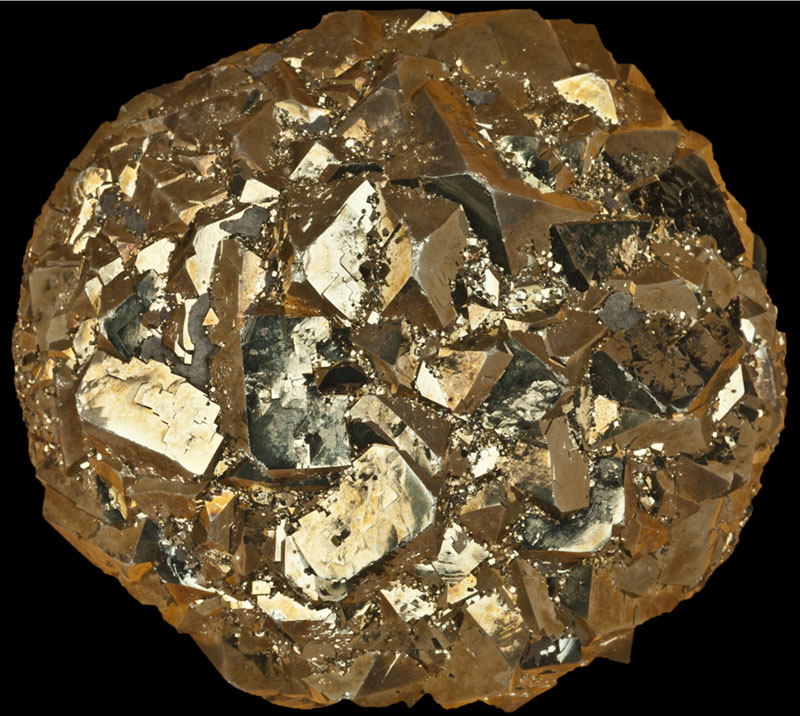