Rocks and Minerals - Gypsum the Commodity 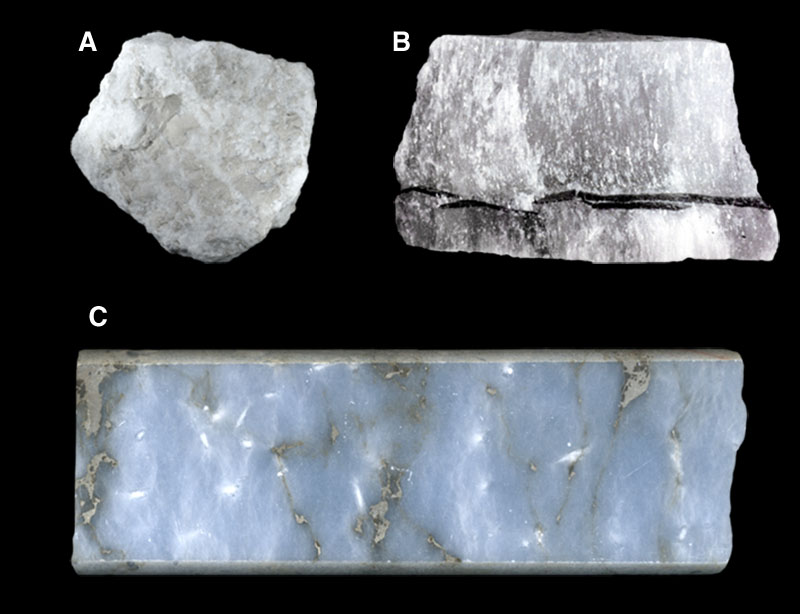 Fig. 1
A. Image of massive gypsum
B. Image of satin spar
C. Image of anhydrite

Deep below the rugged surface of Indiana's Martin County people work in two underground mines to extract and process an unusual mineral resource - gypsum. Gypsum (CaSO4*2H2O) is a soft, water soluble mineral that is processed to make critical building materials especially wallboard. Gypsum is mostly massive (Fig. 1A) but also forms silky satin spar (Fig. 1B). It is sometimes mixed with the related mineral, anhydrite (Fig. 1C). Gypsum was deposited from ancient sea water that evaporated during Mississippian time 300 million years ago. The gypsum beds that can exceed 20 feet thick are within the limestone and dolomite rocks of the St. Louis Limestone (Fig. 2). 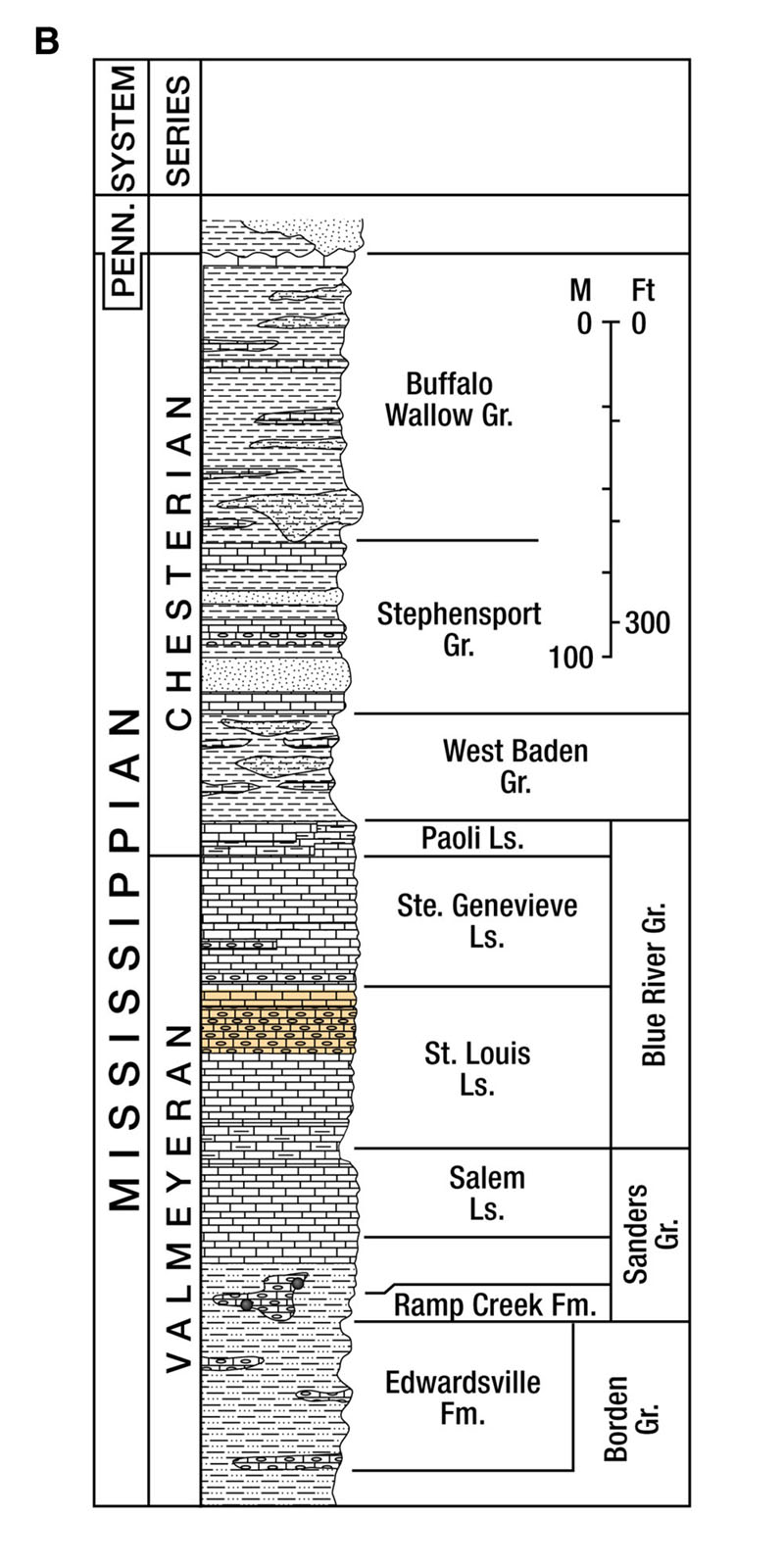 Miners have carved enormous mines (Fig. 3) several hundred feet below the surface in Martin County, near Shoals, IN. Drivers along state route 50, east of Shoals can see huge white stockpiles of gypsum that are ready to be processed.

On the surface gypsum is crushed then heated to drive off waters of hydration. The resulting powder can be mixed with water to form plaster of Paris that can be poured and molded. The mixture is placed between paper covers and heated to form wallboard. Long ribbons of wallboard undergo sizing, shaping, (Fig. 4) then drying to make excellent American wallboard used to finish inside rooms in millions of American homes, businesses, and other buildings.

Gypsum is also a component of cement and other building materials. Gypsum is also used as finishing compound, as soil additives, and even as part of certain foods. 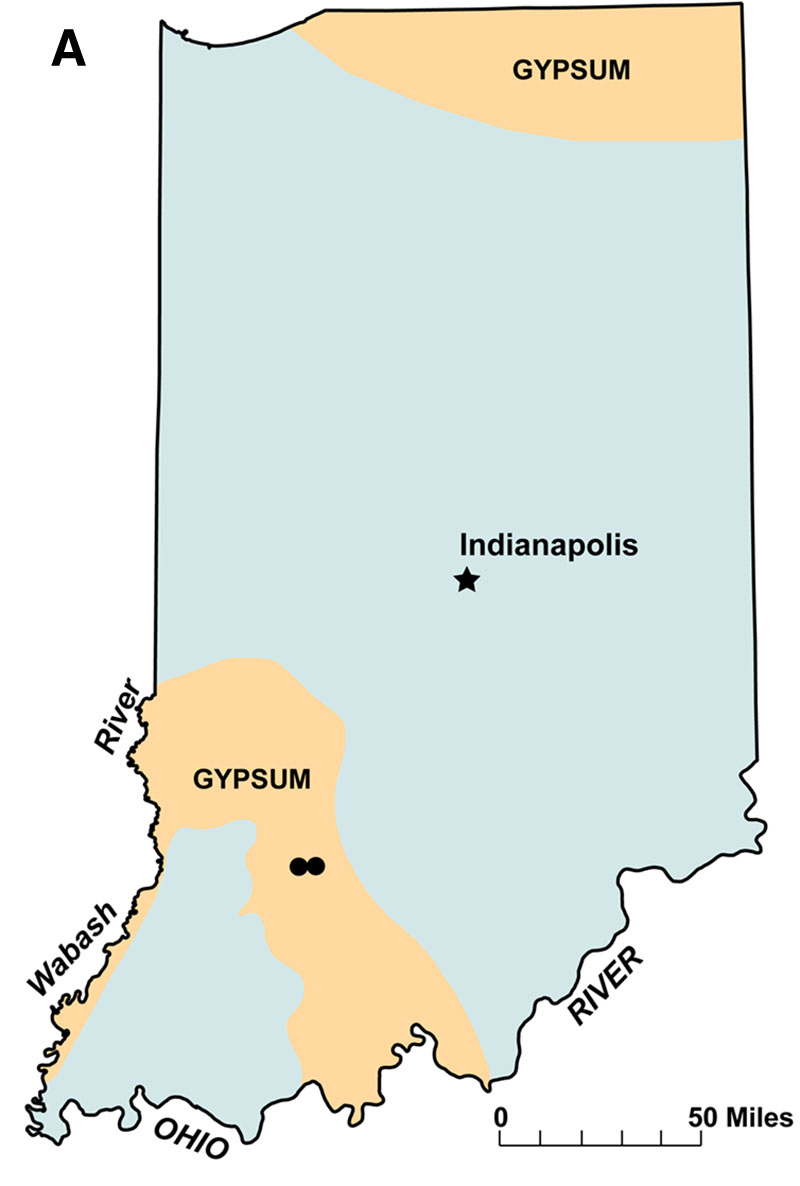