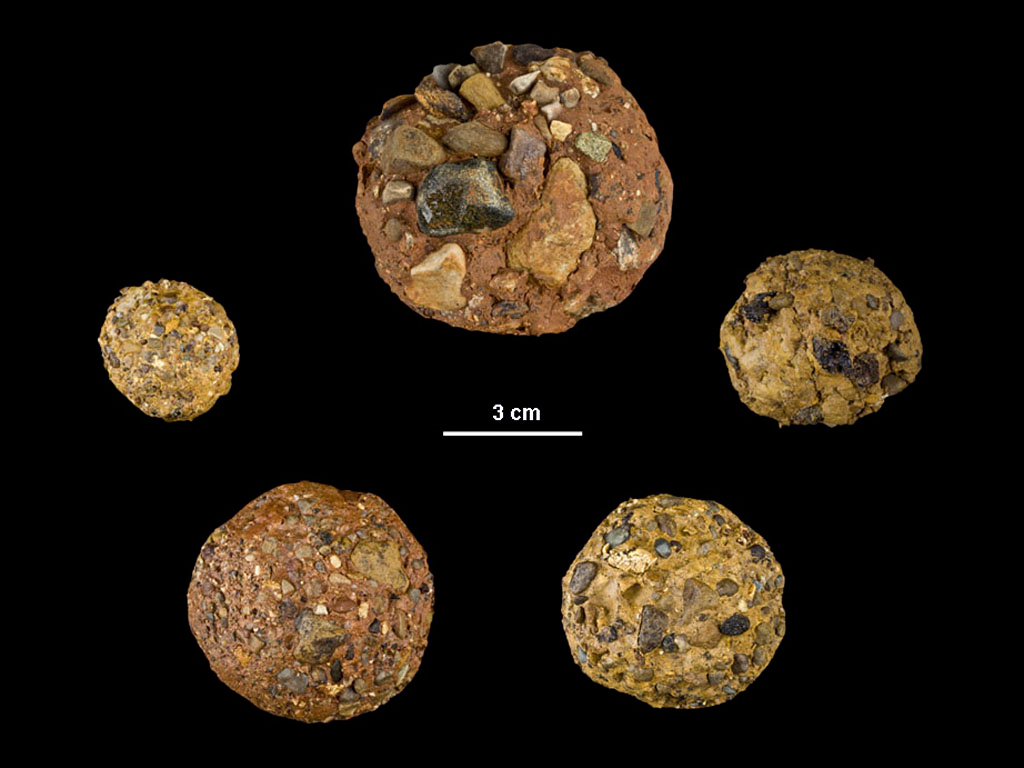 Following the torrential rains of June 2008, this group of small armored mud balls was found in a ravine in northeastern Monroe County, Indiana. They consist of a core of red clay armored by an assortment of granules and pebbles from 2 to 15 millimeters in diameter. The mud balls themselves are 3 to 6 centimeters in diameter.

Though uncommon, armored mud balls are found throughout the world both on the ground and also enclosed within of various ages. Common to all armored mud balls are a source of the two distinct materials and formation by tumultuous water currents or waves. In these mud balls, the clayey core was derived from the red clay soil (“terra rossa”) that caps the upland surface in this part of Monroe County. This was undermined and caved at the head of a gully by runoff during the torrential rains. The pebbles became stuck to the globs of mud as they were washed rapidly down the steep ravine. The mud balls descended nearly 200 feet and traveled about 1,500 feet horizontally, probably in only a few minutes.

Lithified armored mud balls in red rocks of age are a source of considerable local pride in small towns in the Connecticut River valley, but unless mud balls are rapidly covered by protective sediment they are destined for a short life, as they disintegrate either through weathering processes or by further transport downstream.